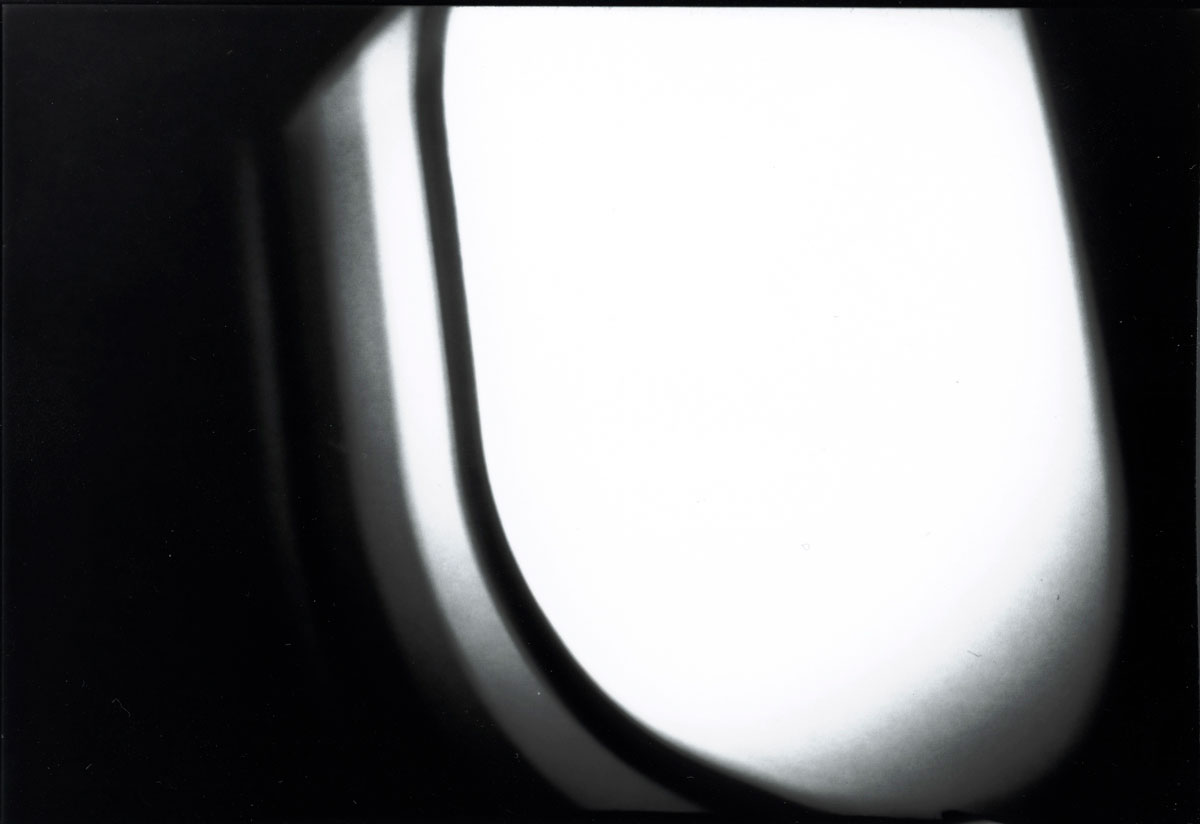 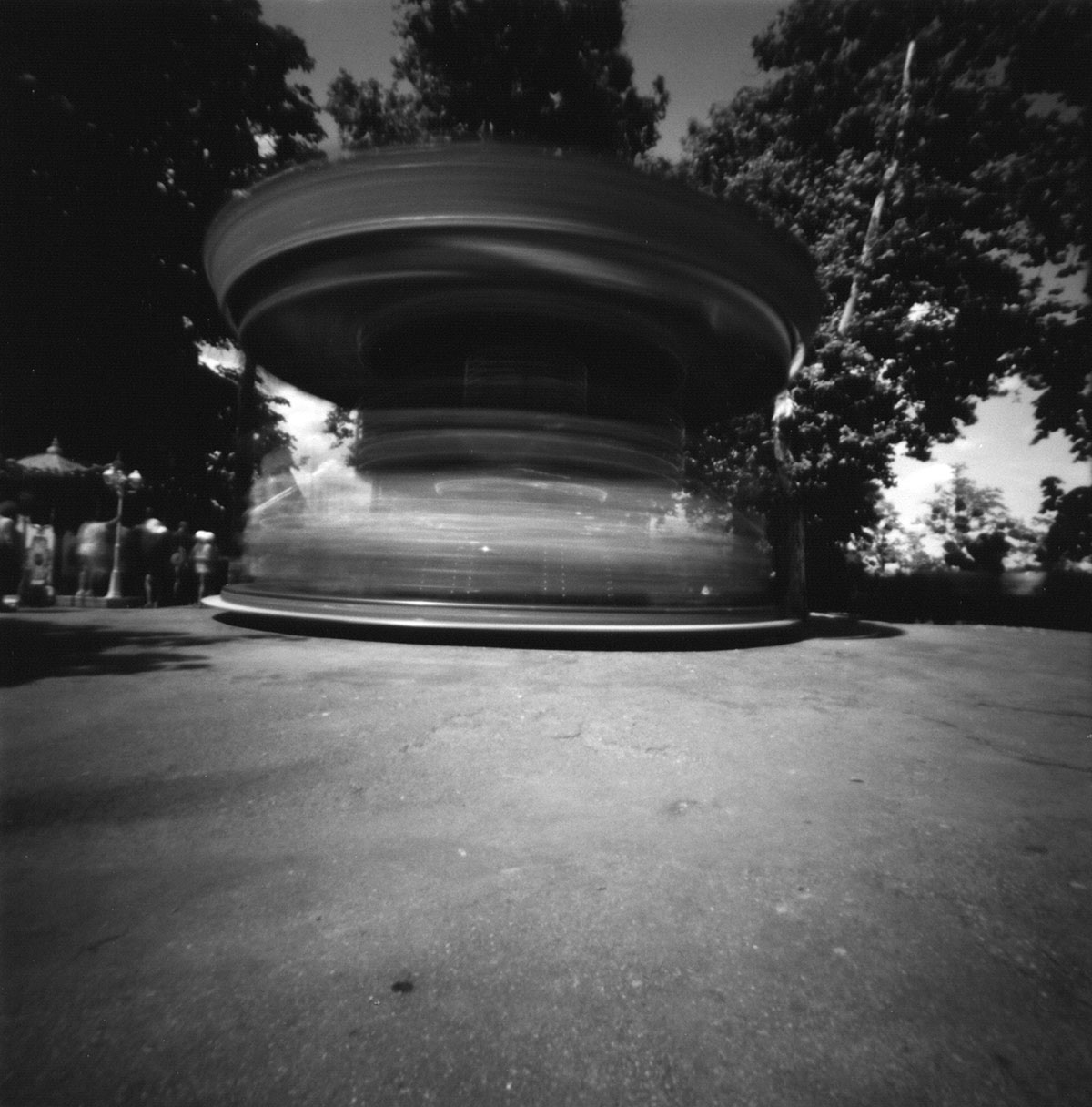 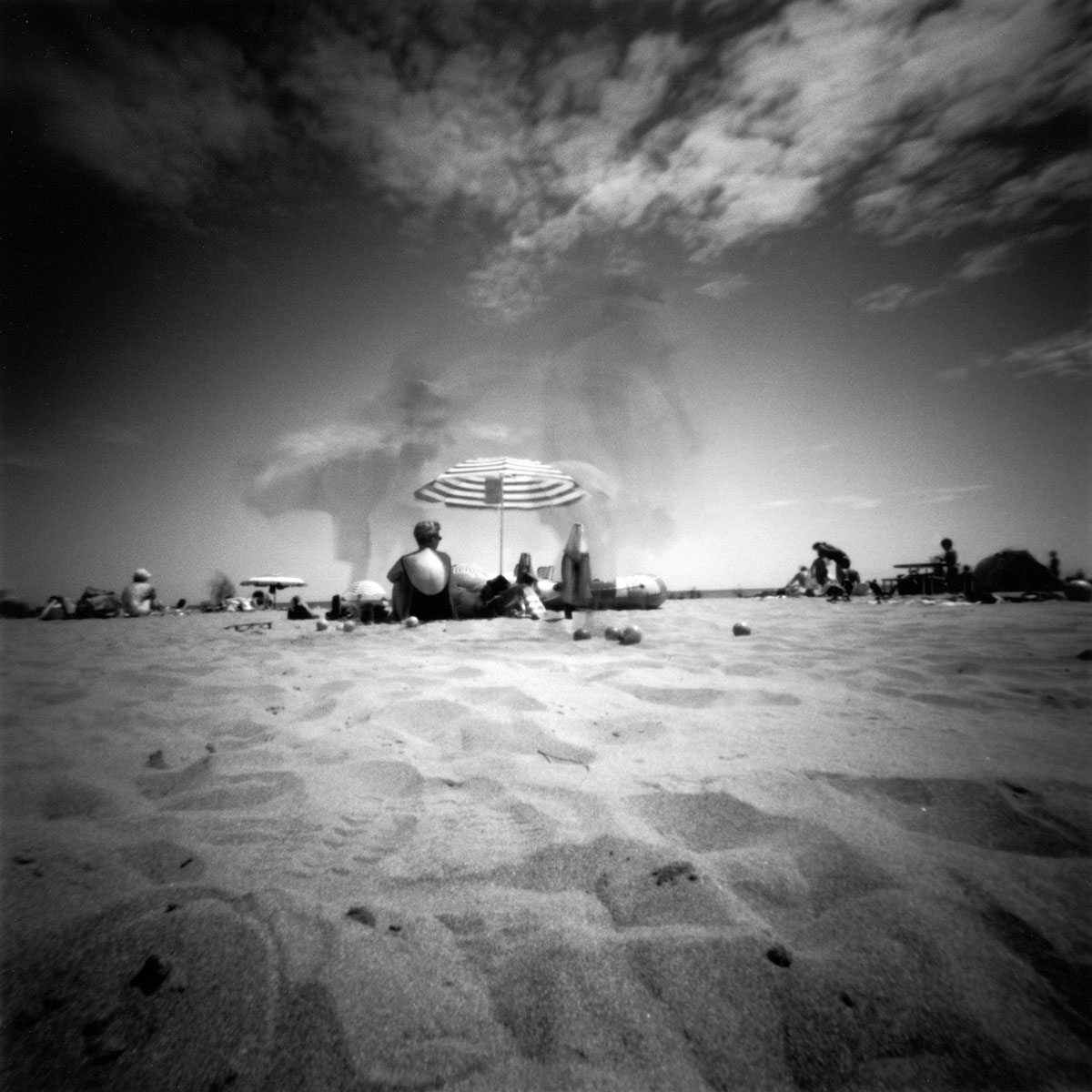 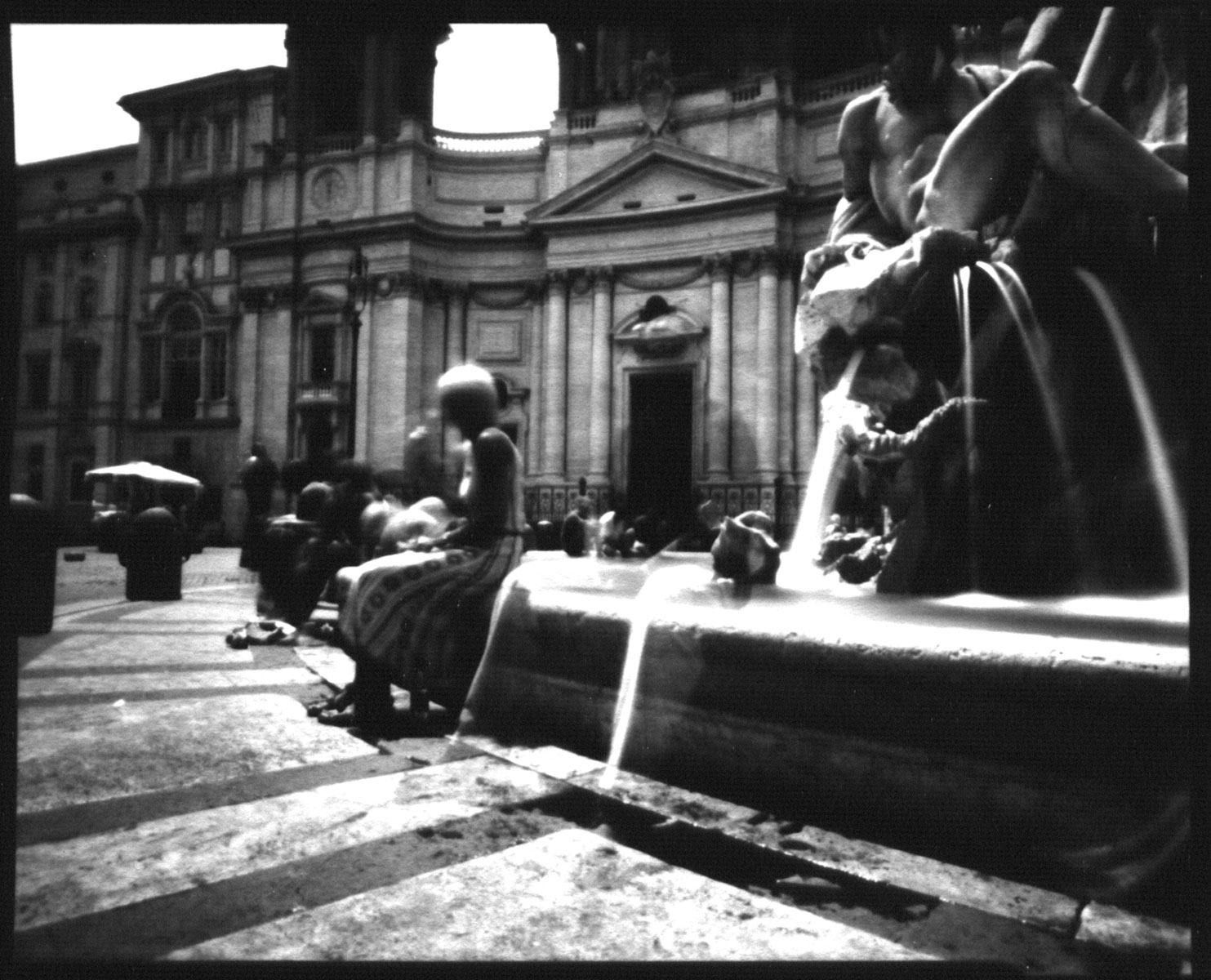 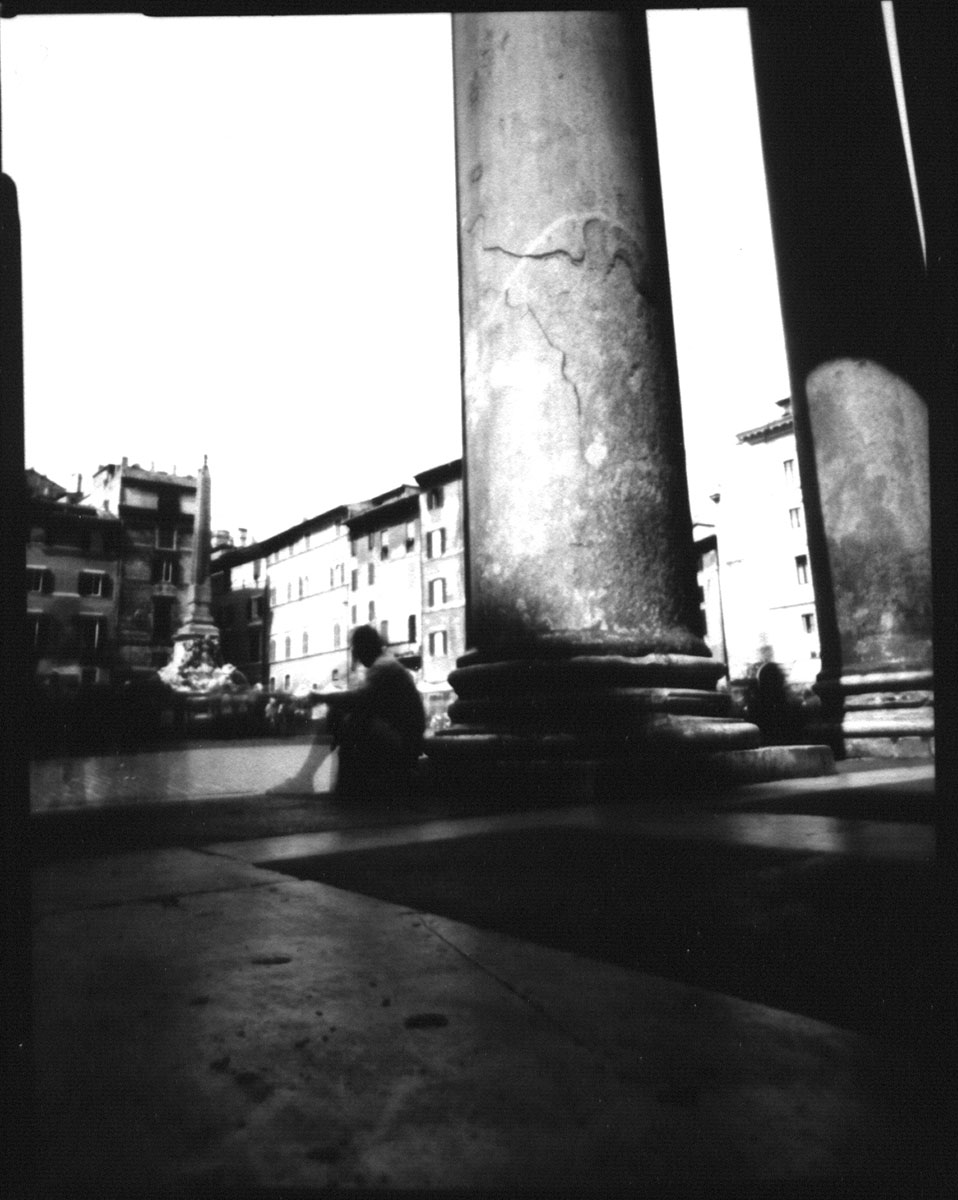 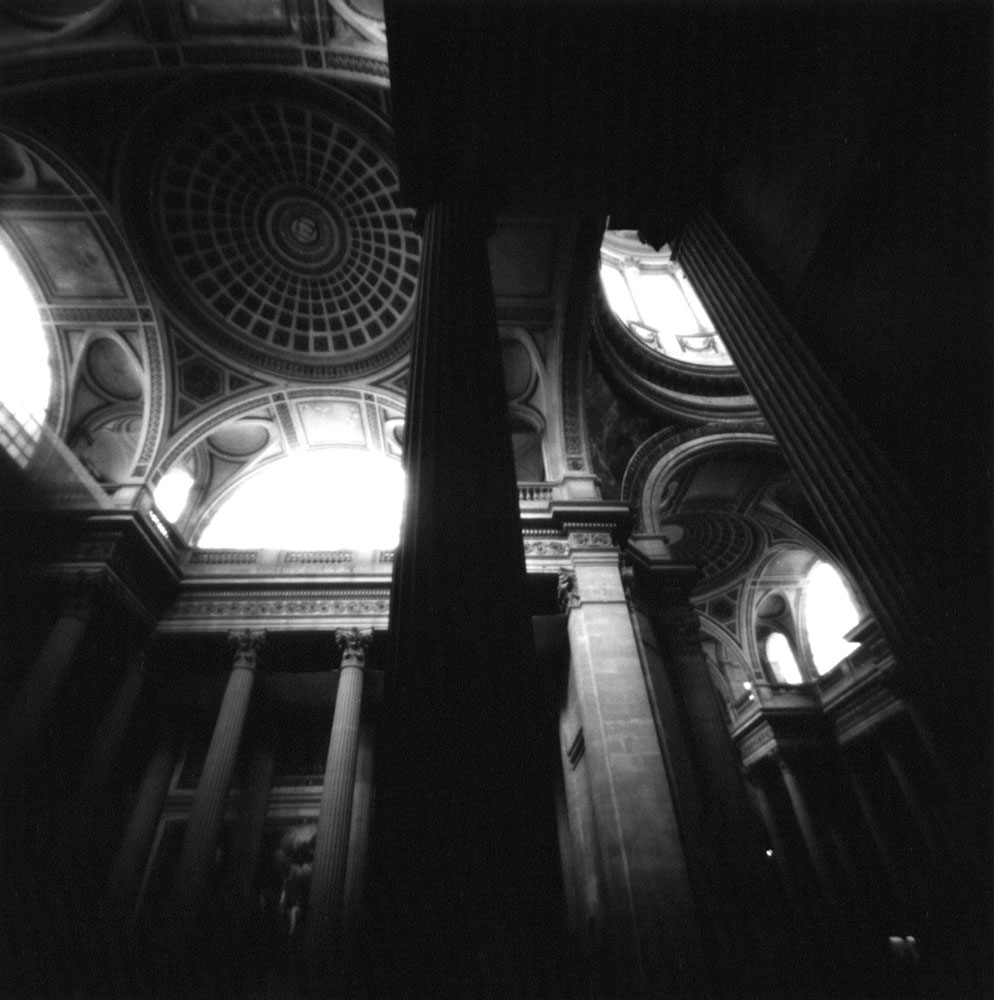 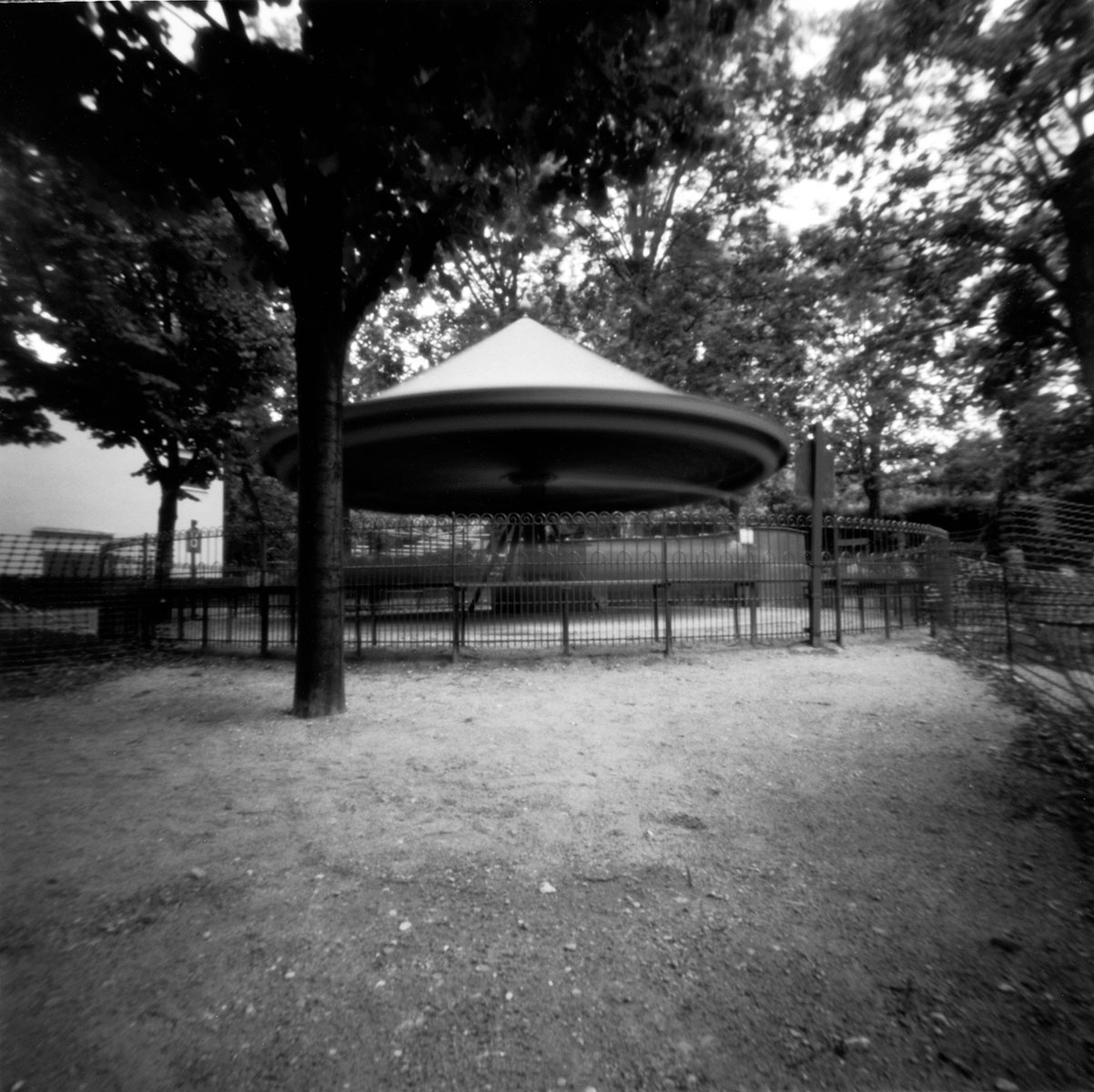 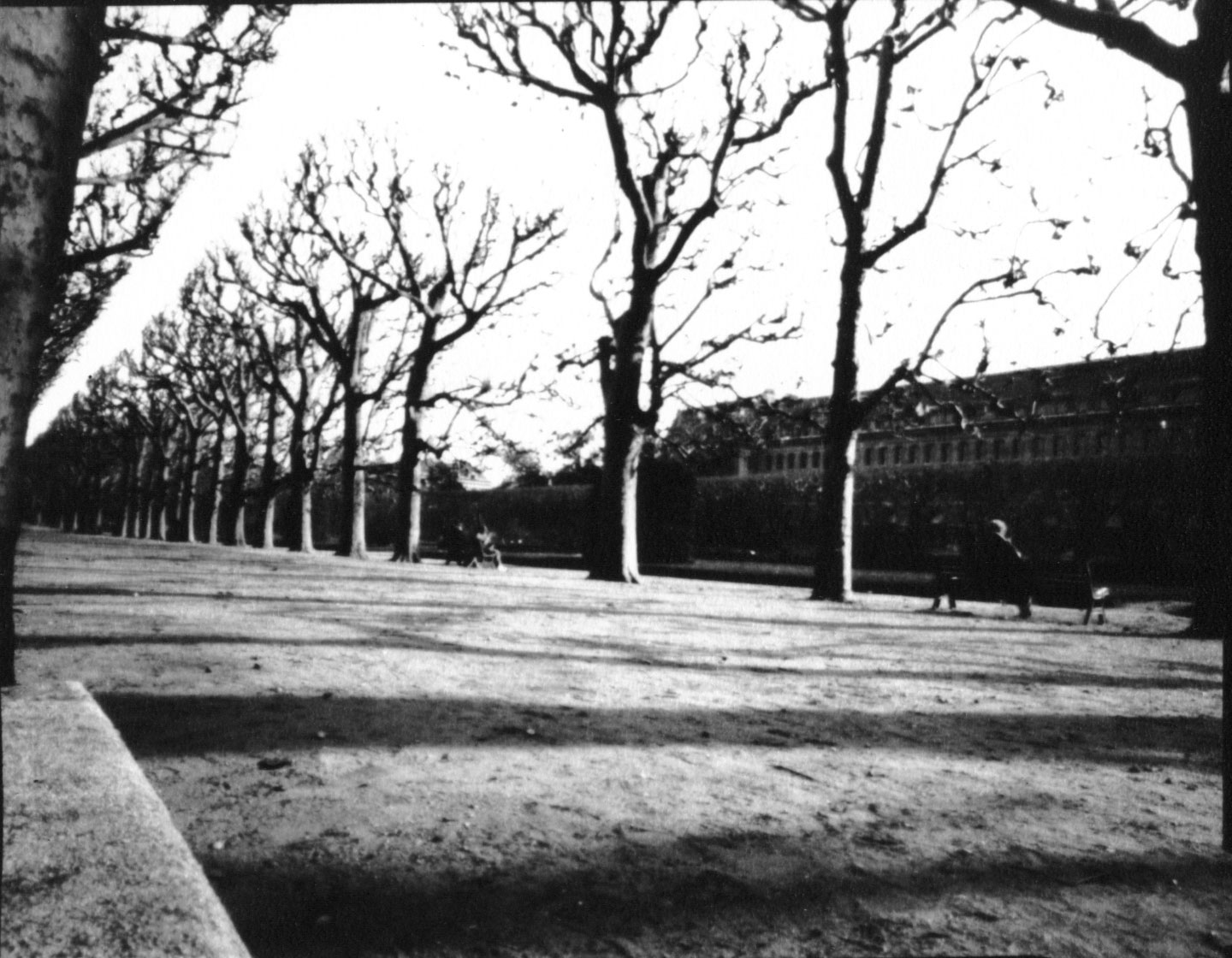 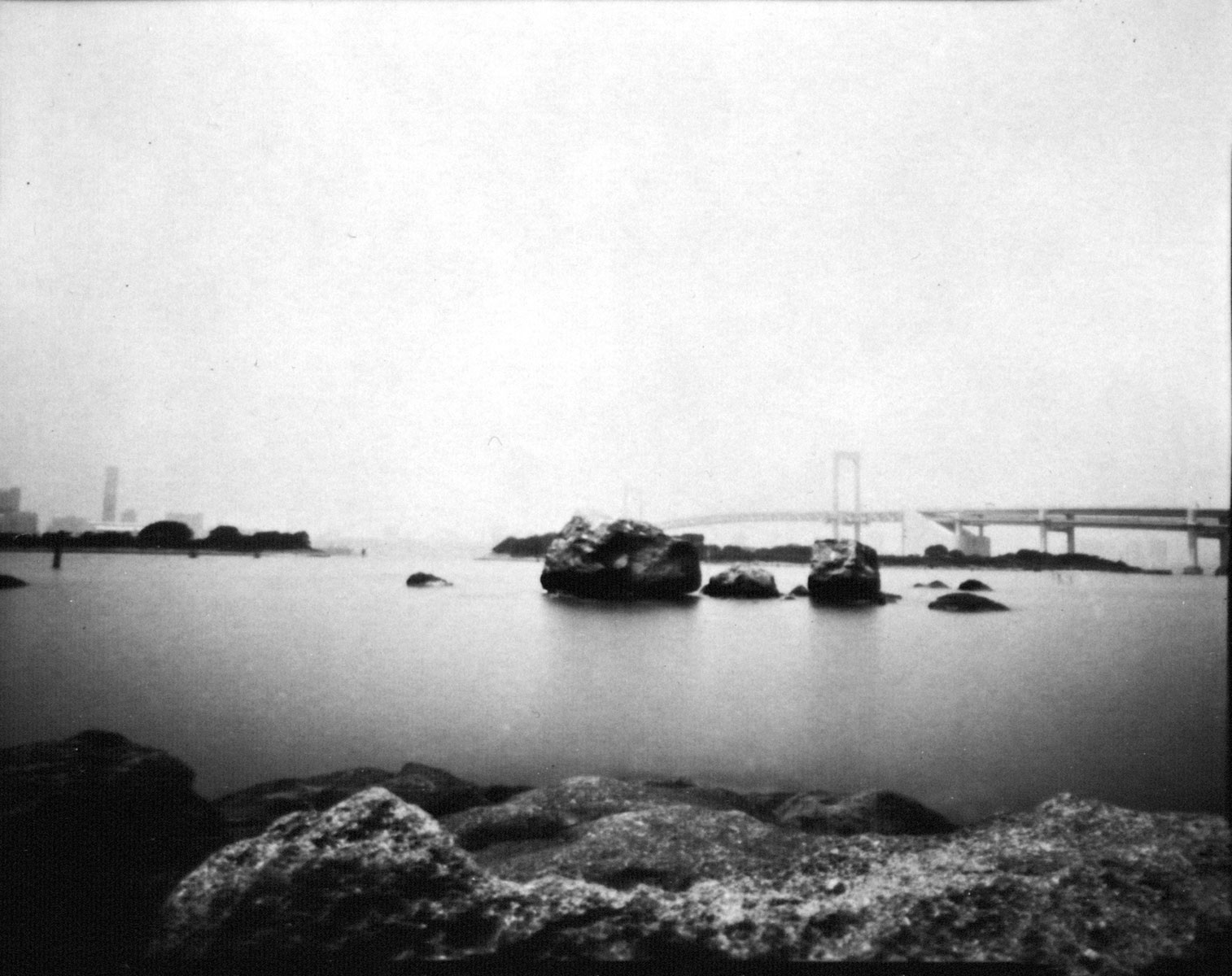 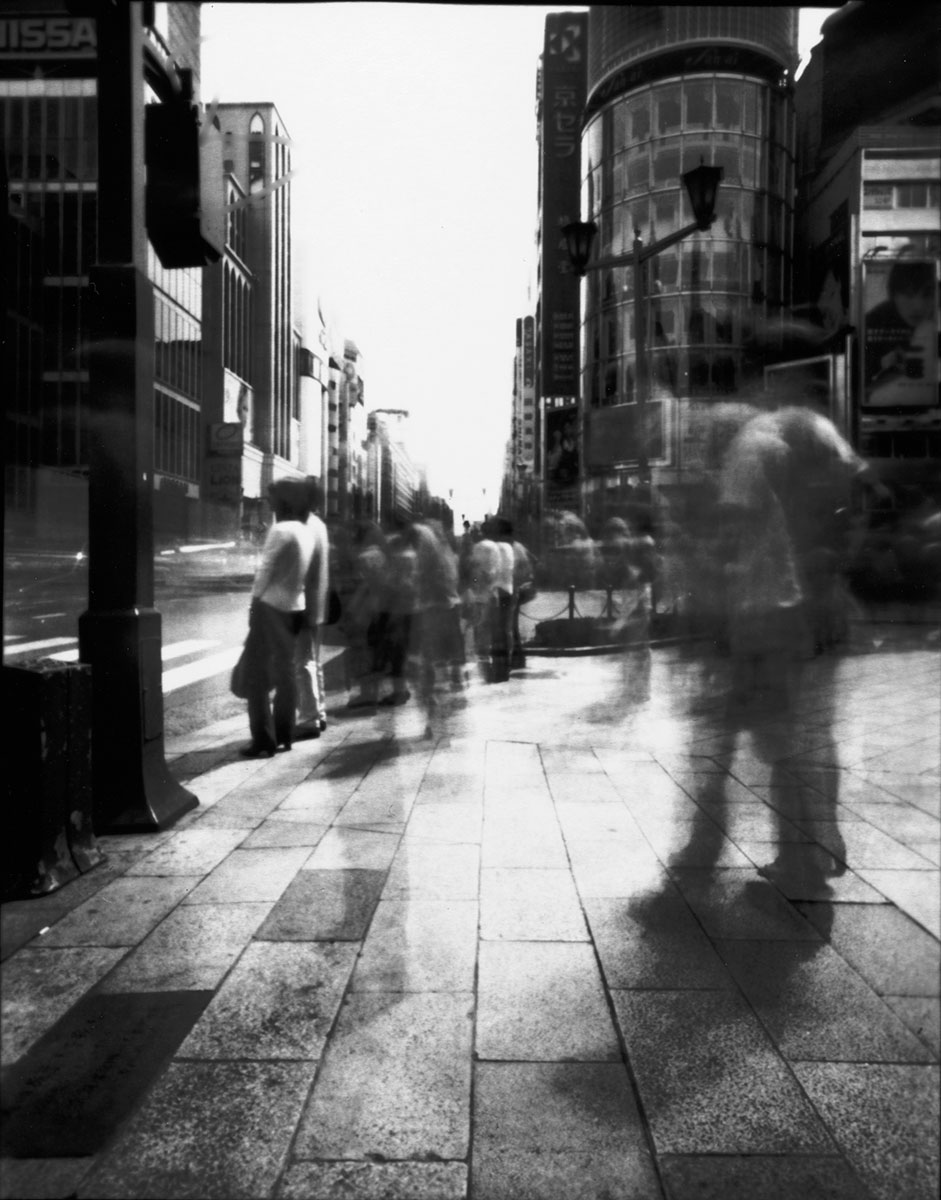 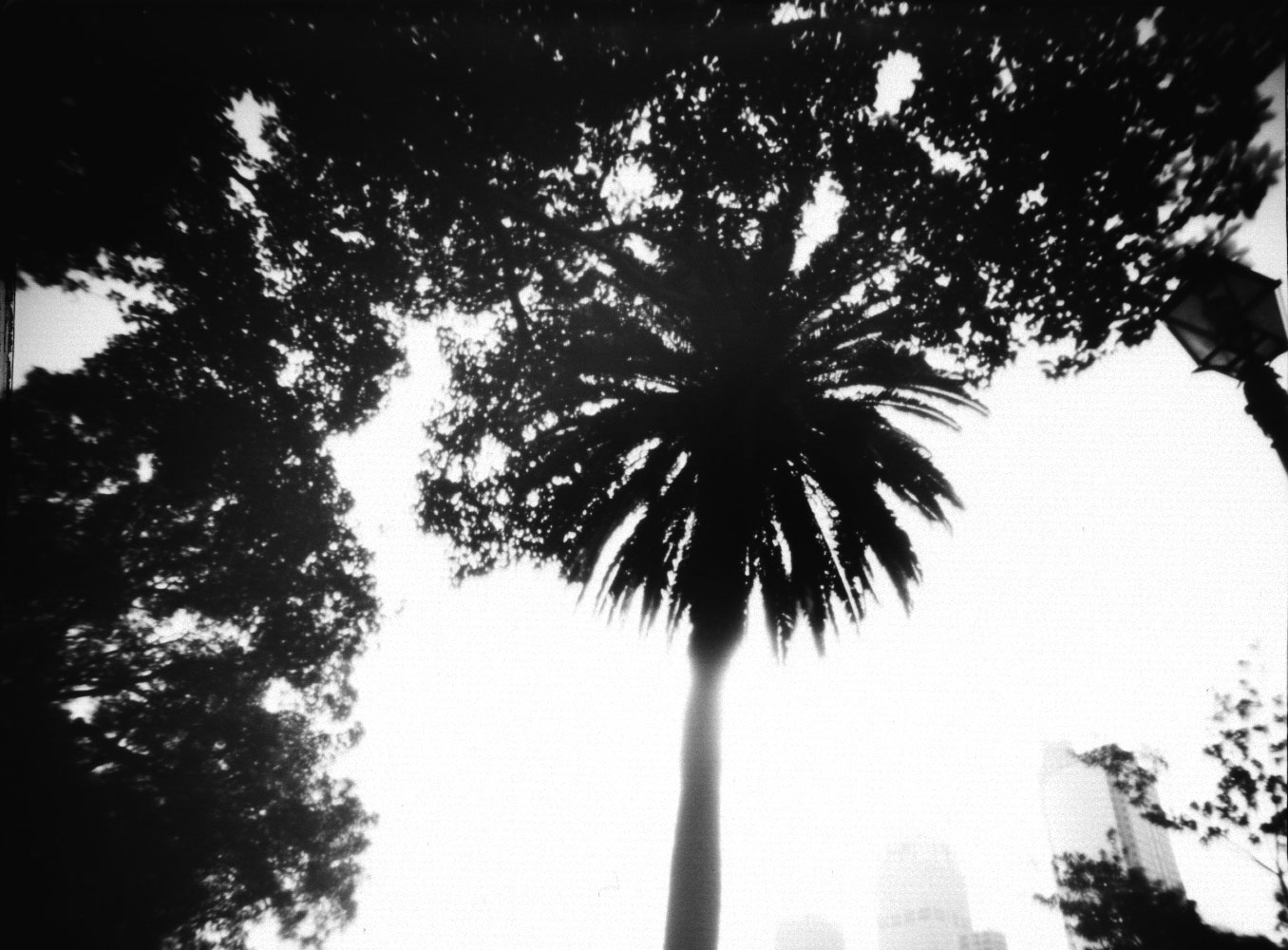 I have always wanted to tie these two creative interests together – sound and light – so several years ago I began to record sound at the site of my photographic exposures. The exposure of the photograph determined the length of the sound recording – the start and stop were identical – yet the world they interpreted during the same passage of time were very different. Things that move generally make a sound – but things that move in the long exposure time that it takes to make a pinhole photograph disappear.

Ambient sounds were recorded on location during the duration of the pinhole exposures. During the exhibition viewers could ‘listen to the photographs’ via Walkmans available in the gallery. A CD of these sounds was included with the exhibition catalogue.

“This is not to suggest that Bos is actively engaged in overturning the apple cart, but bringing sound to the image experience also brings the viewer’s experience into the moment of its taking. The logic of the pictorial image is still there, but we can look over the shoulder of the photographer to occupy that moment. The question is how to look-fix your eyes on the image, close them, and listen to the sound while keeping that imagein the mind’s eye. Open your eyes look at something else. Is the sound for that one visual moment, or can it have a simultaneous effect? Can we create our own experiential mix?”