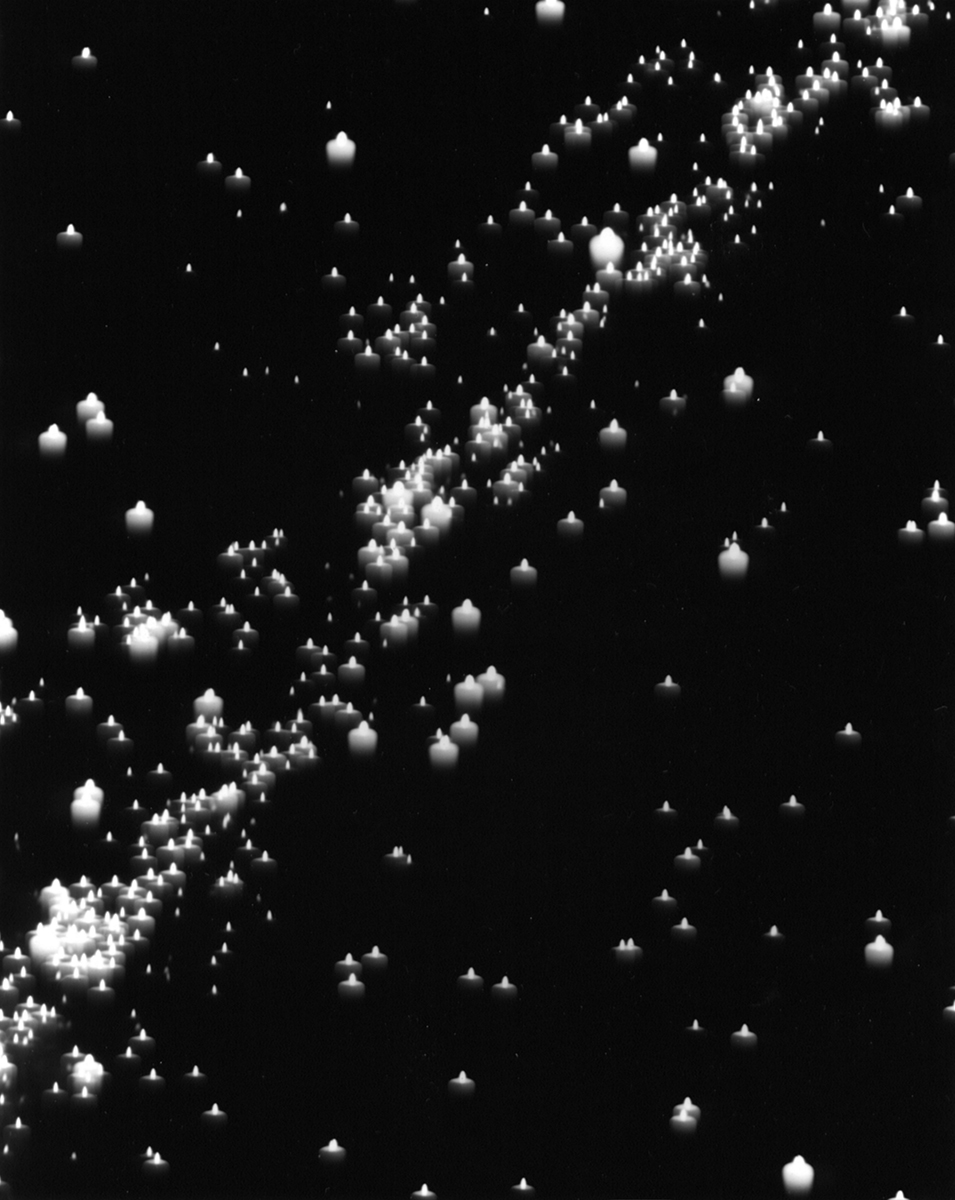 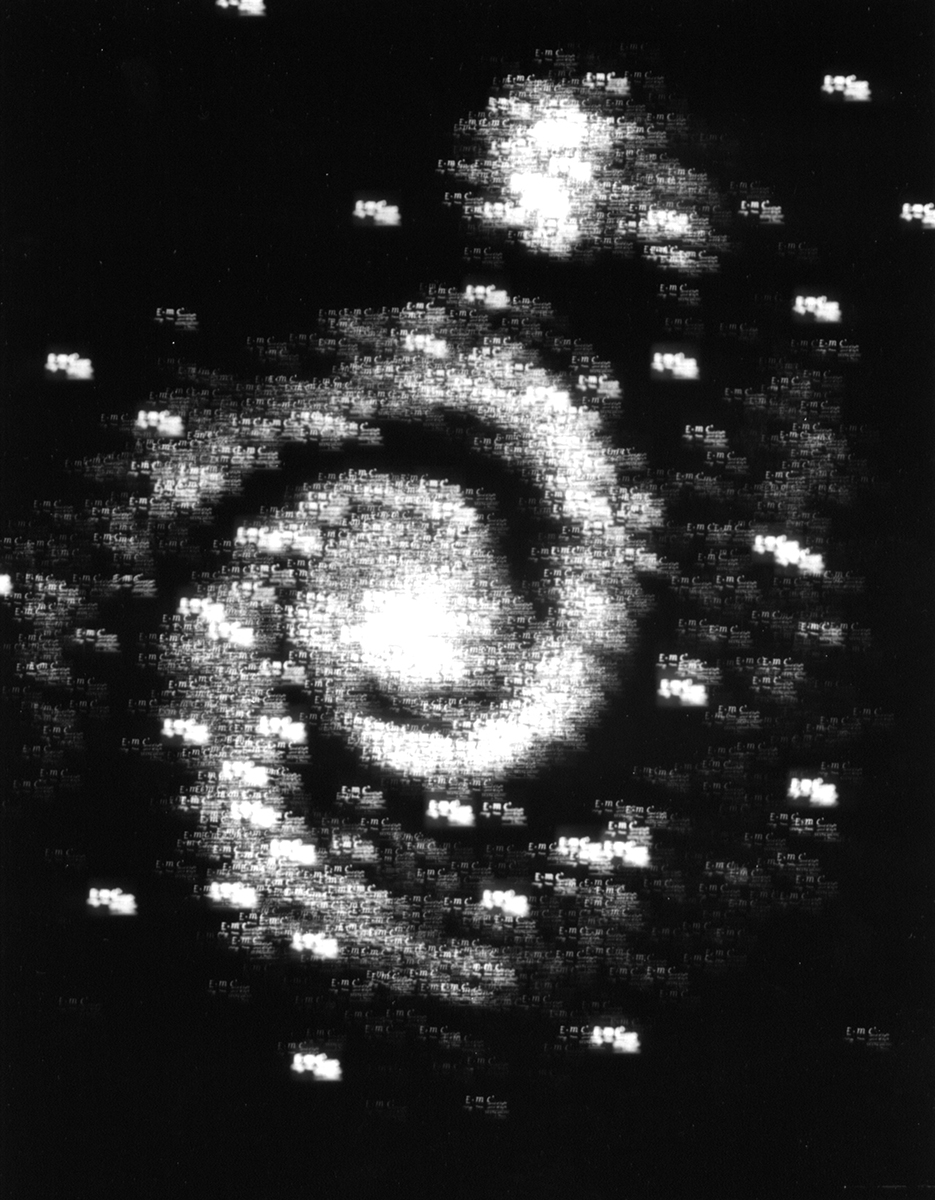 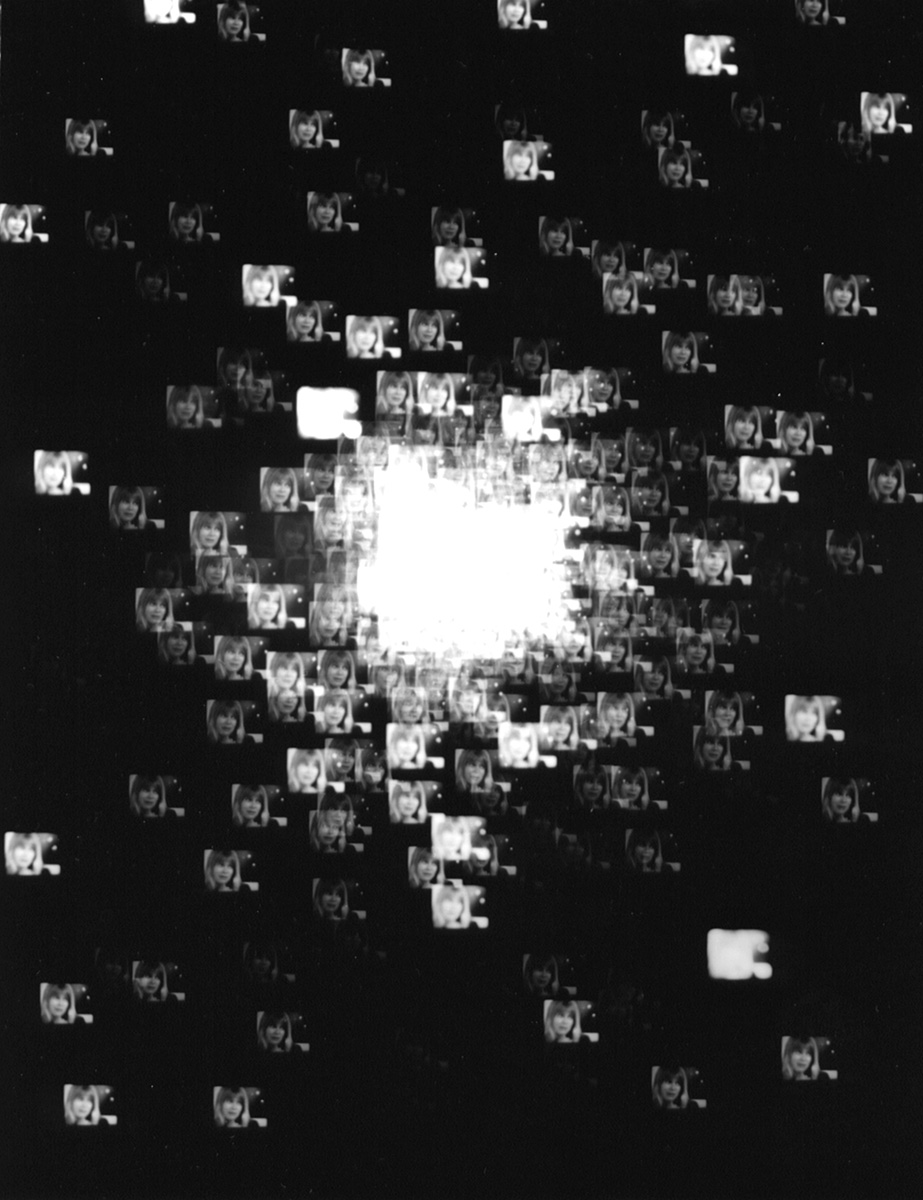 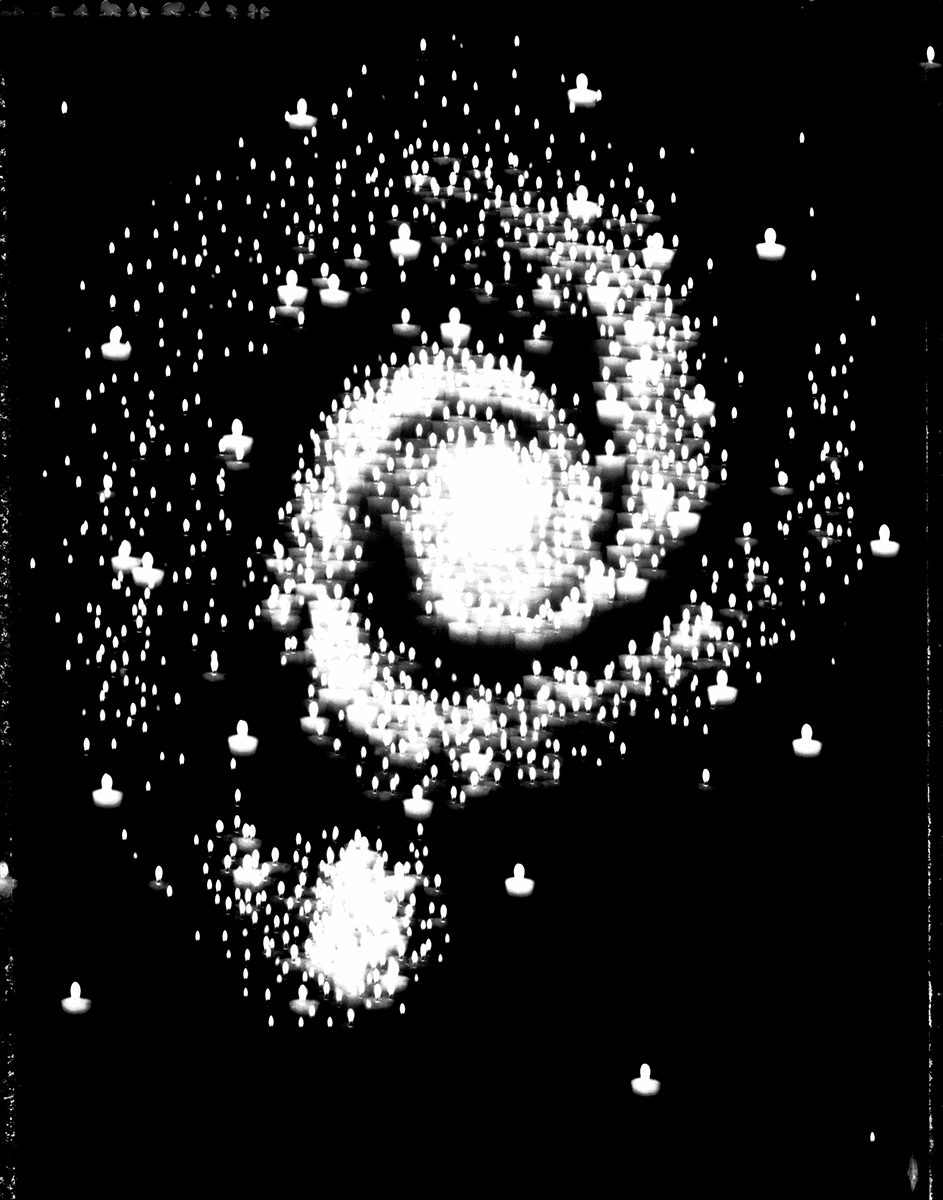 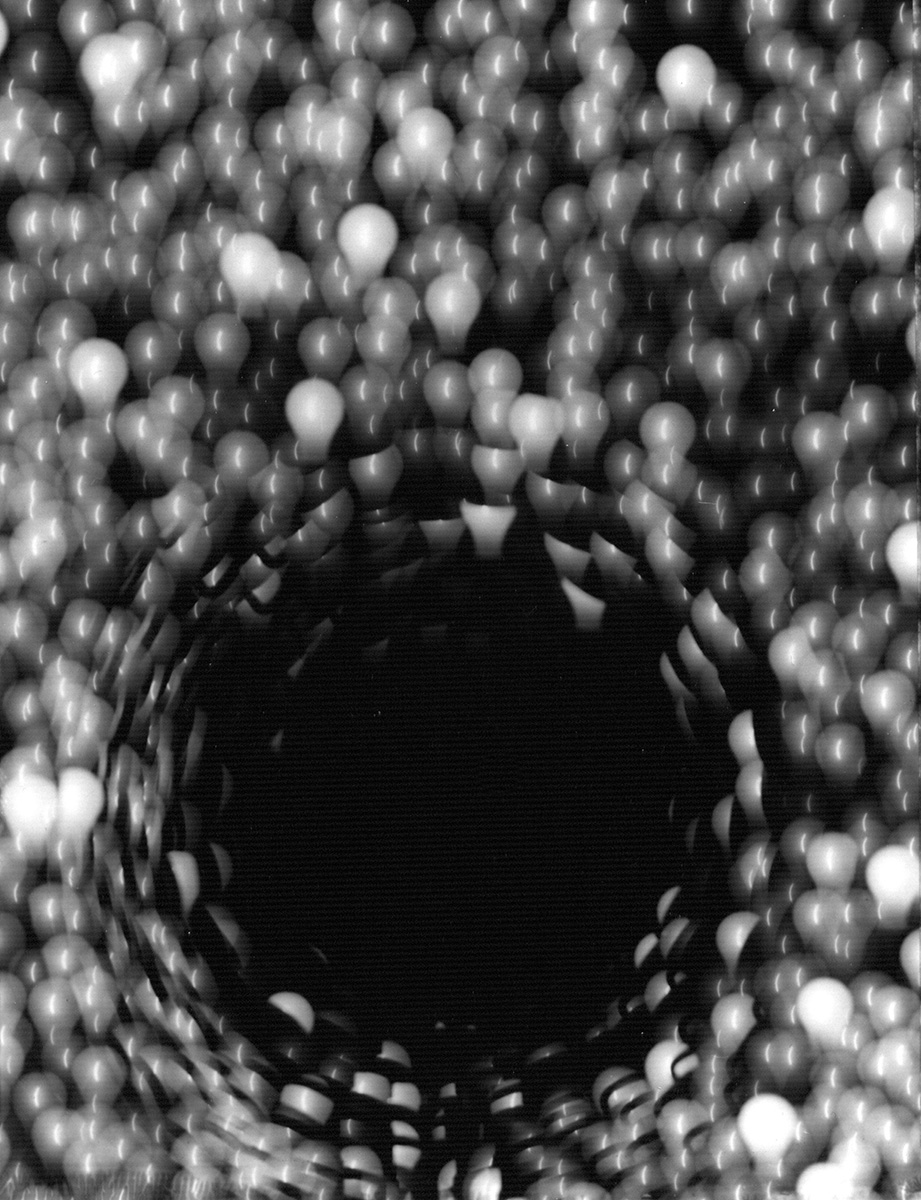 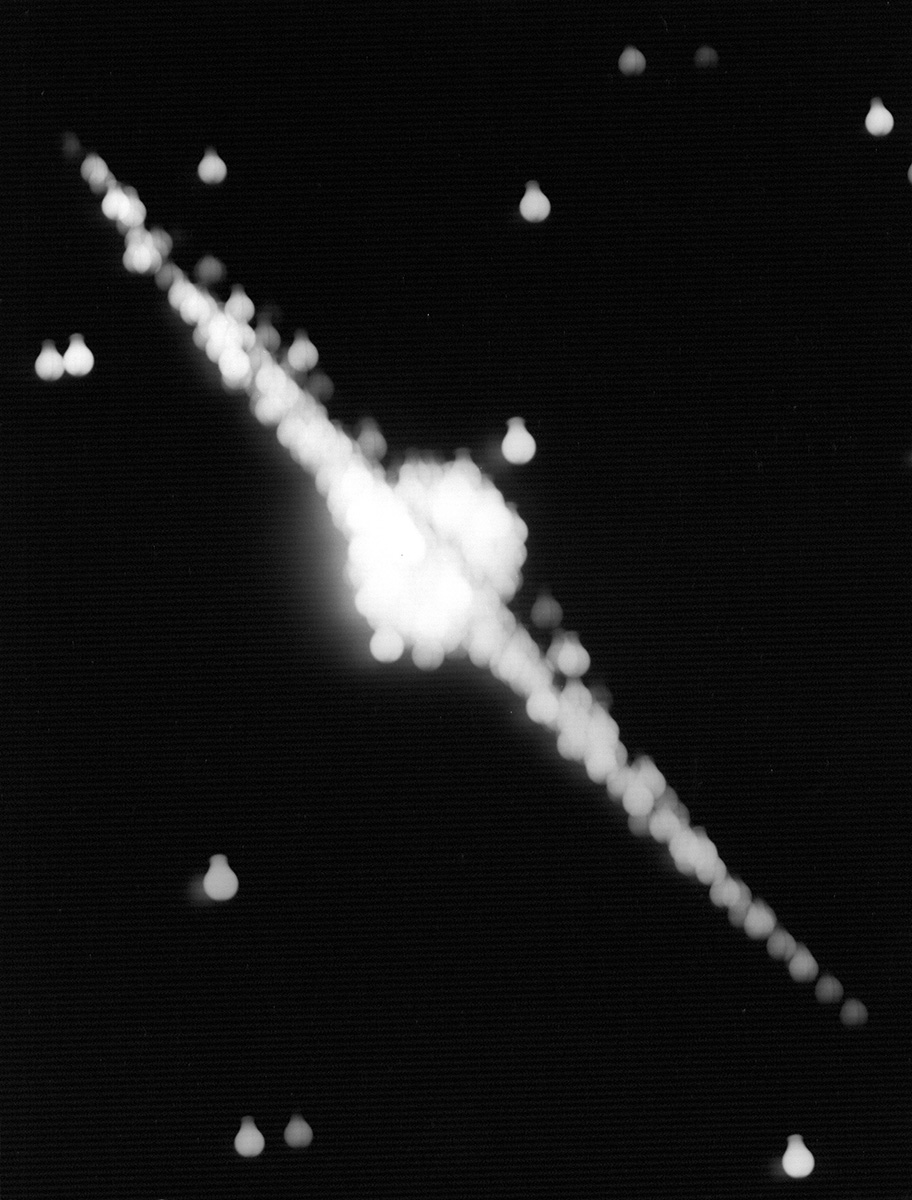 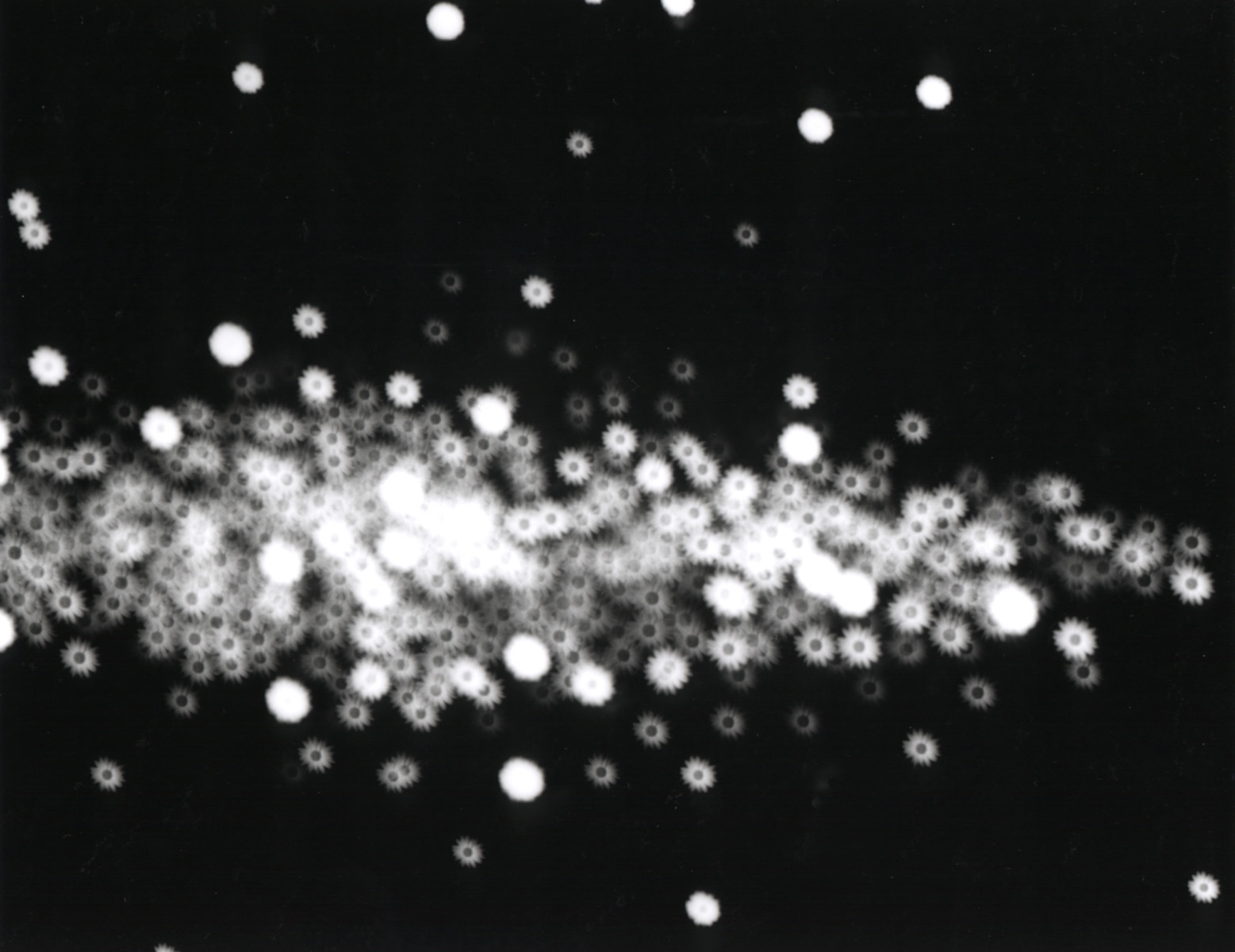 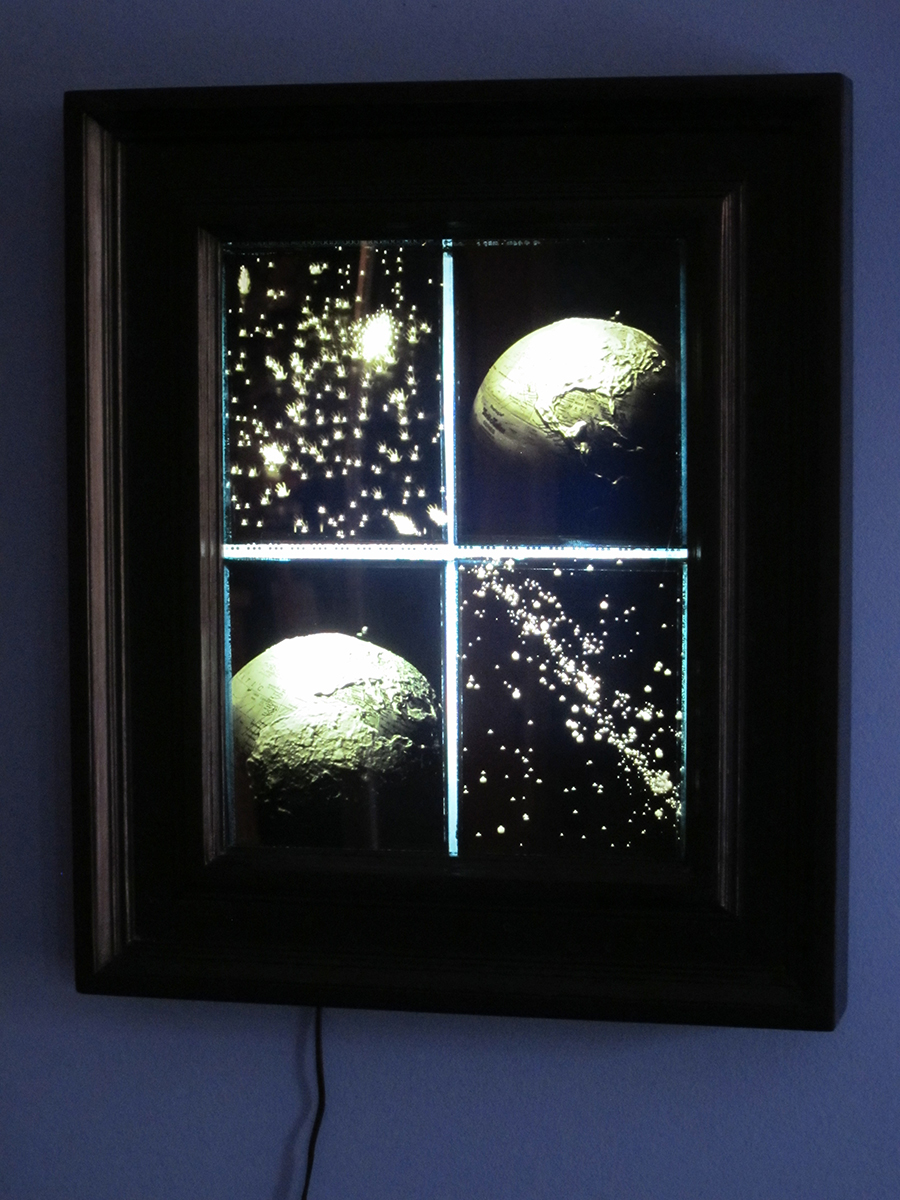 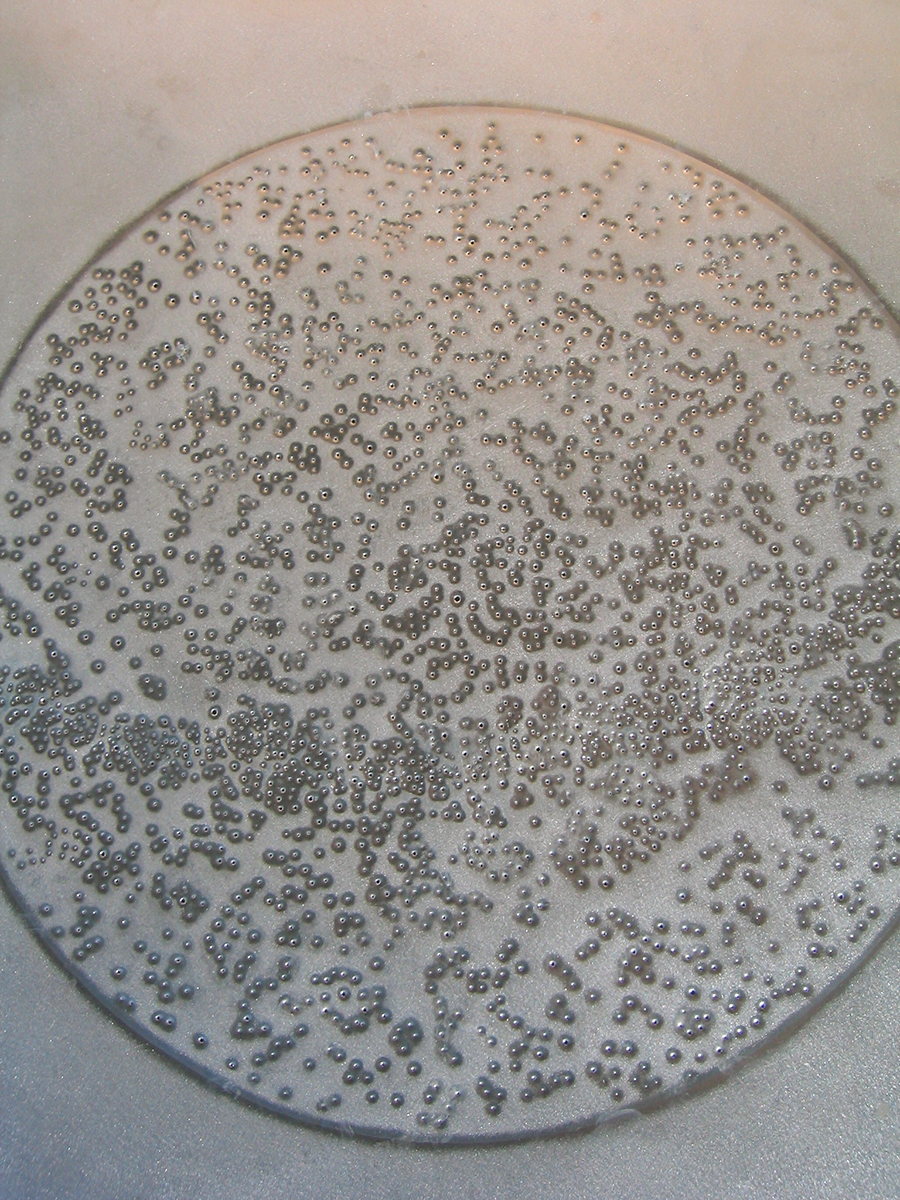 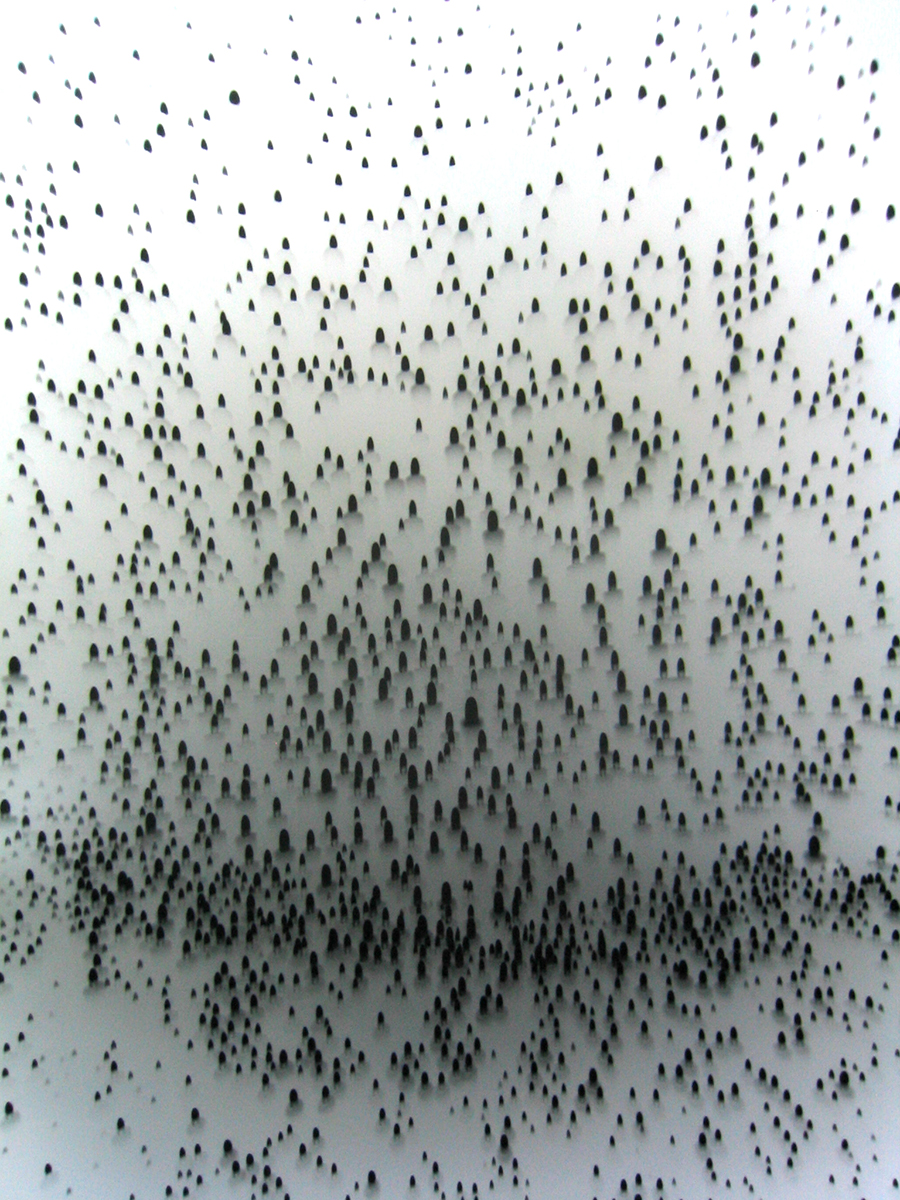 “Taking inspiration from her interest in science and astronomy, Bos uses her pinhole camera as if it were some primitive kind of Hubble telescope through which to look out to the farthest reaches of space. The Galaxy series began with a single candle photographed through a pattern of pinhole which replicated the size and location of real stars; the notion being the brighter the star, the bigger the hole. This then led to experiments in which a series of different light sources were photographed through multiple pinhole – first the candle, then the moon, a light bulb, a flickering television screen. It was an approach which has helped to galvanize many of her ideas in large part because it represented a complete reversal of the conventions of photography, one in which light itself had become both the object and the subject of the finished image.” – Kim Ness, from the exhibition “2000 Lux,” McMaster Museum of Art, 2000, Hamilton, Ontario.

I’ve been able to explore time and space from my darkroom using large-format multi-aperture cameras that I’ve built. The sizes and positions of the pinholes correspond to the actual pattern of the stars as we perceive them. Much of my source material comes from deep-space images taken with the Hubble telescope.  What continues to amaze me is the act of creating a photographic image of something that doesn’t exist in front of you.

Each exposure is generated by a single light source, whether that is a light bulb, candle or television set—but through the properties of light and the multiple pinhole apertures, a galaxy of images is created.  At first glance these images appear as just another grouping of star lights.

Upon closer inspection the source of the light (the candle flame or the lightbulb for example) is itself recognizable. ‘Self Portrait as a Globular Cluster’ was made by freezing an image of myself from a taped TV show where I am discussing my Galaxy images.  I’ve always been very interested in astronomy so it’s been wonderful to find a way to play creatively with this subject matter. How far must one travel to uncover the origins of the universe? Seems like maybe it just requires a short trip to the darkroom.