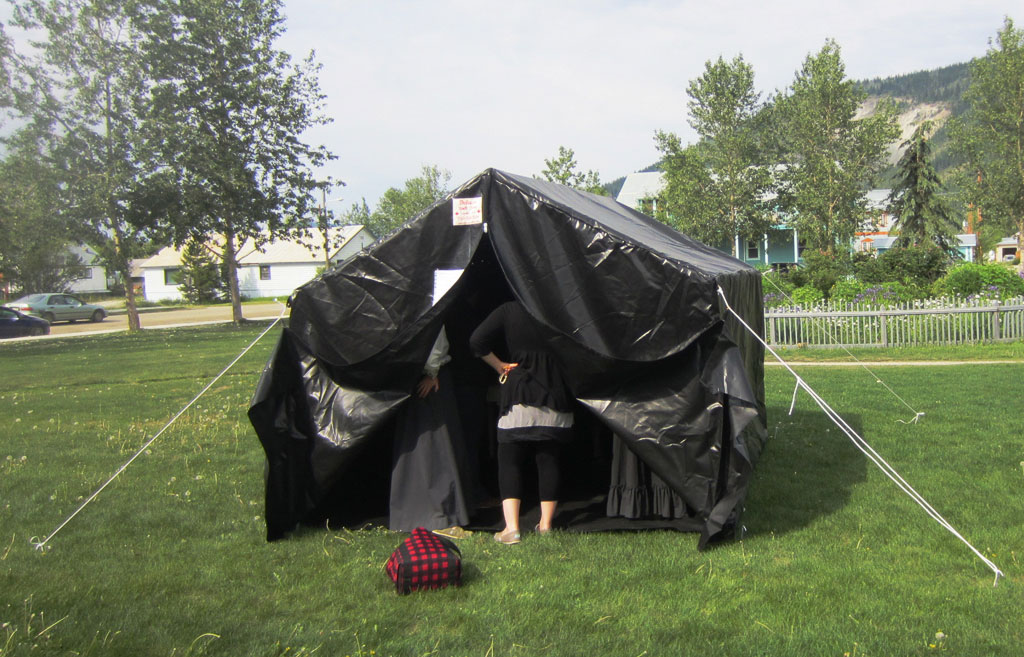 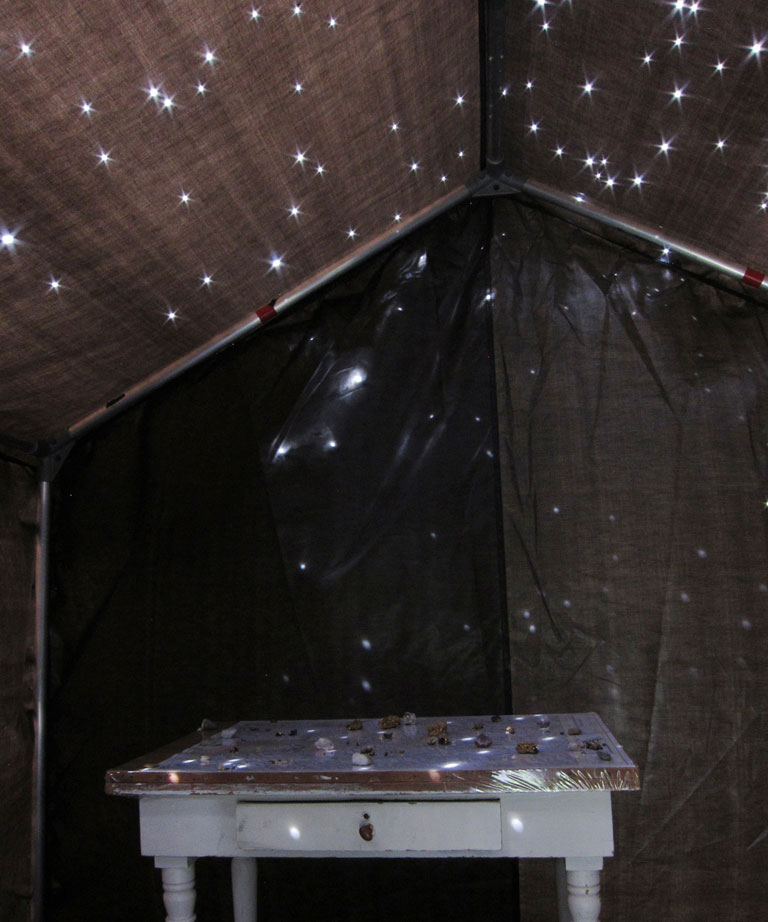 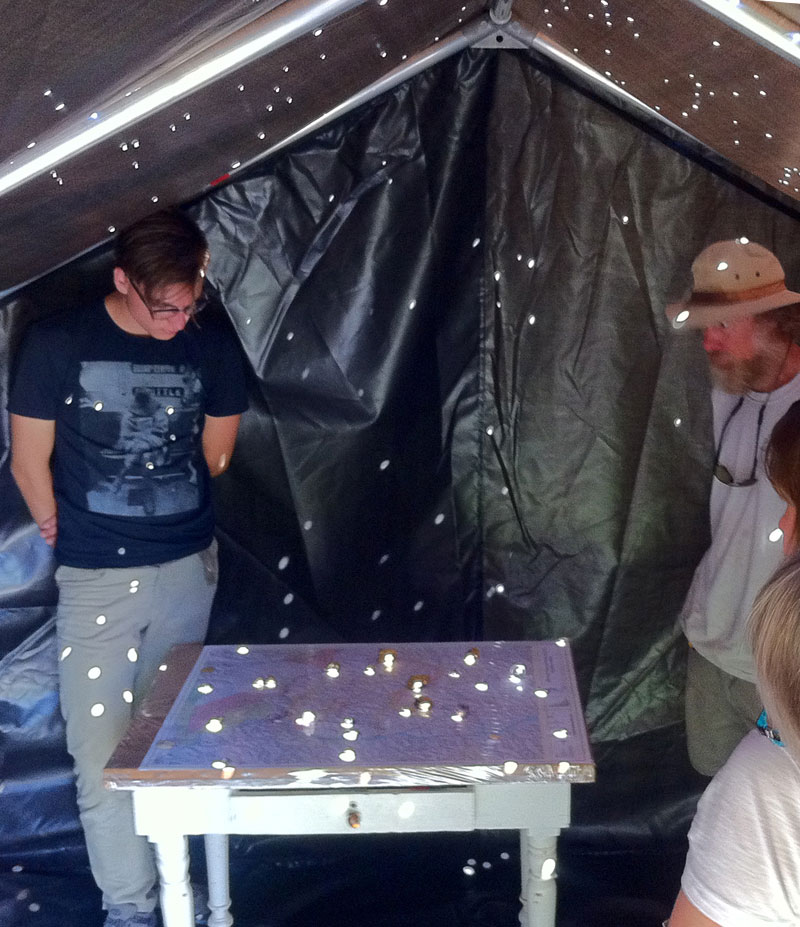 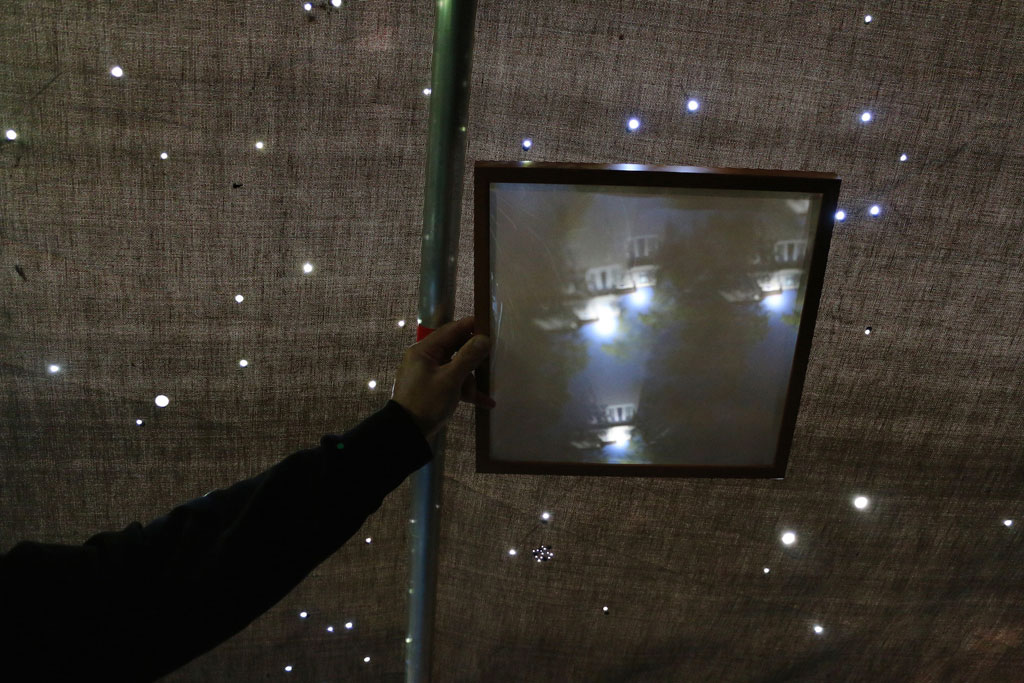 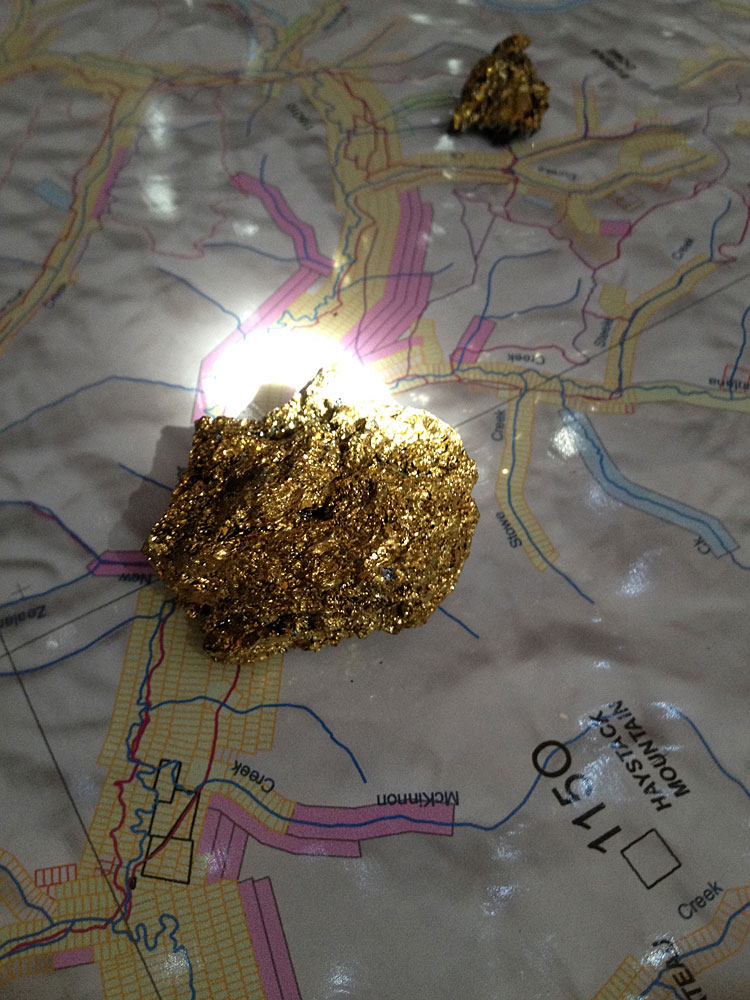 During the spring of 2015 Dianne Bos was invited to participate as an artist collaborator in the Midnight Sun Camera Obscura Festival in Dawson City. Other participants included artists and scholars with a keen interest in the camera obscura in contemporary art practice. The installation, sensitive to both Dawson’s geographical location and historical past, combined science, history and art.

The multi-apertured ‘prospector’s tent’ created an interior starry night sky that would not normally be visible during the period of the midnight sun in Dawson. Holes representing actual stars were pierced into the walls of the tent. The projected sun light created tiny images of the sun and surrounding landscape inside the tent. On June 21 the sun projections, aligned with pieces of fool’s gold and other minerals placed on a map of Dawson’s gold fields, announced the summer solstice, the highest position of the sun for the year: a prospector’s solar meridian.