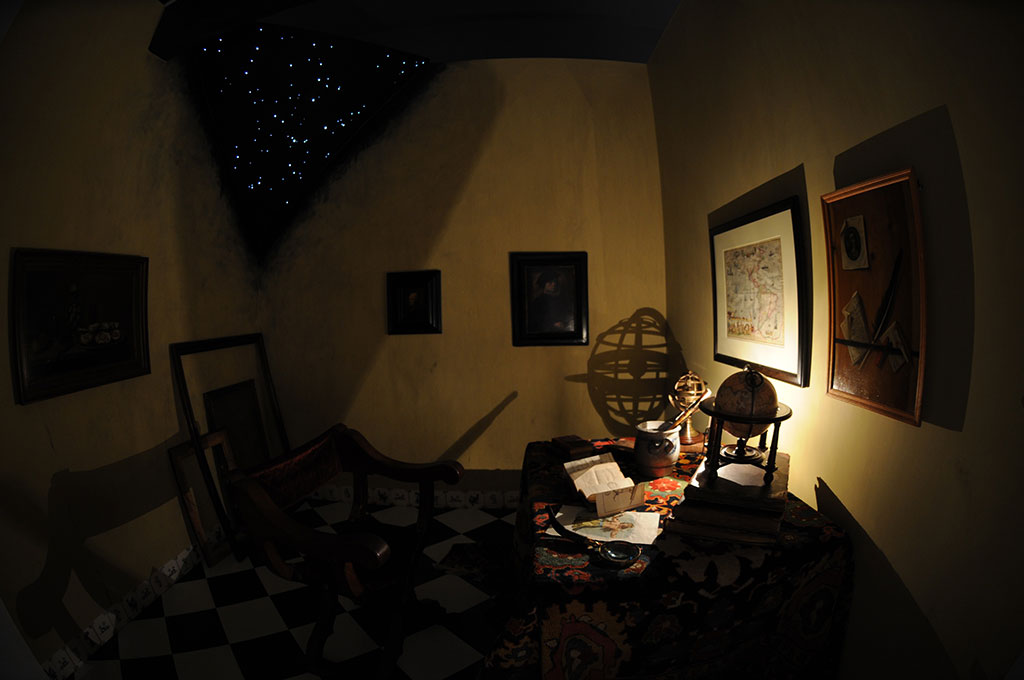 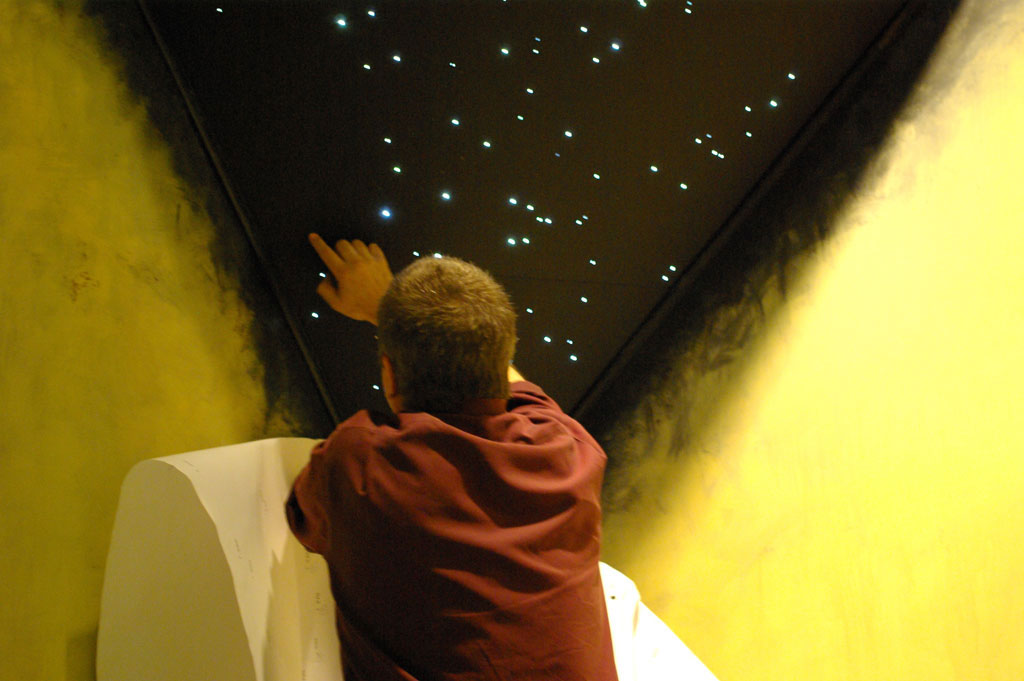 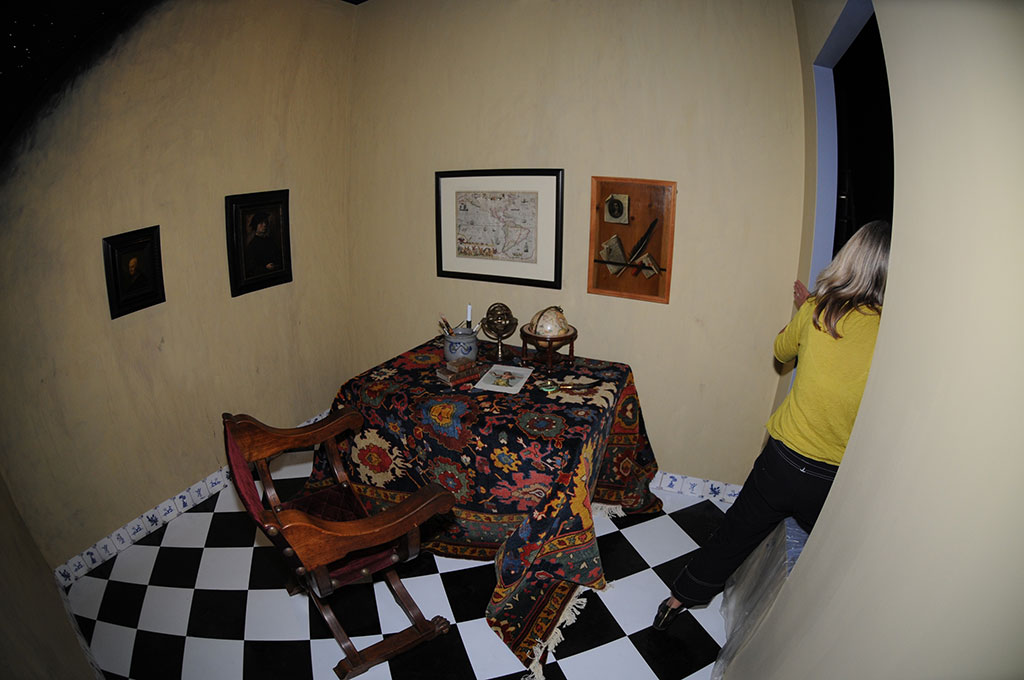 Around 1680 AD earth time, a star exploded into a supernova – a flash of light that should have been visible on earth. Yet no one recorded seeing it at that time. Between 2001 and 2005 McMaster University’s Dr. Douglas Welch was part of a team of astronomers who saw a strange phenomenon in space, which they demonstrated was the light from this 17th century supernova, still traveling through space. They called the phenomenon “Light Echoes”.

This exhibition is a collaboration between artist Dianne Bos and astronomer Doug Welch which aims to give earthlings a second chance to view the supernova dubbed Cas A (after the constellation Cassiopeia where it occurred). The imaginary viewing location they have created could be the Dutch artist Johannes Vermeer’s studio in the mid 17th century when he was painting “The Astronomer”. This was ‘A Golden Age’ in Dutch history when its trade, science, and art were among the most acclaimed in the world.

In this installation (created in this official ‘Year of Astronomy’), a stellar explosion happens in the night sky above Vermeer’s studio while a curatorial implosion of sorts is happening in the room. Paintings from the McMaster’s permanent collection and other artifacts from the past have been assembled in the gallery to recreate the 17th century tableau.

The light (echo) from these 16th and 17th century paintings continues to illuminate our knowledge of this past time while the light echoes from Cas A continue on their journey through space and time.

For information on this exhibition read ART+READING article.