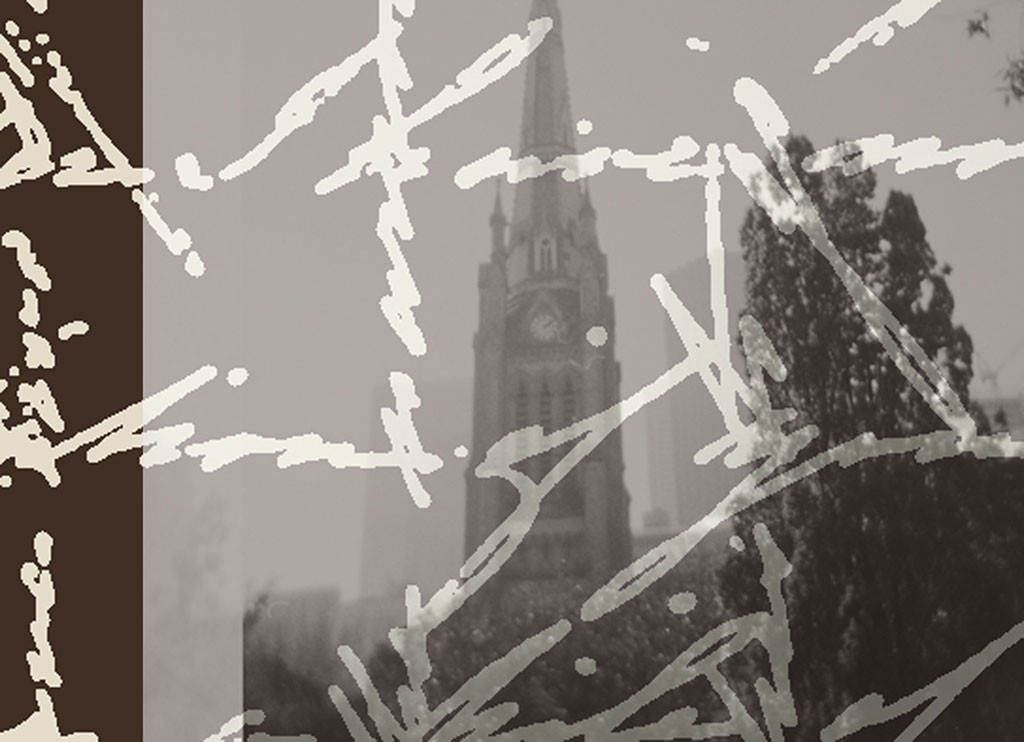 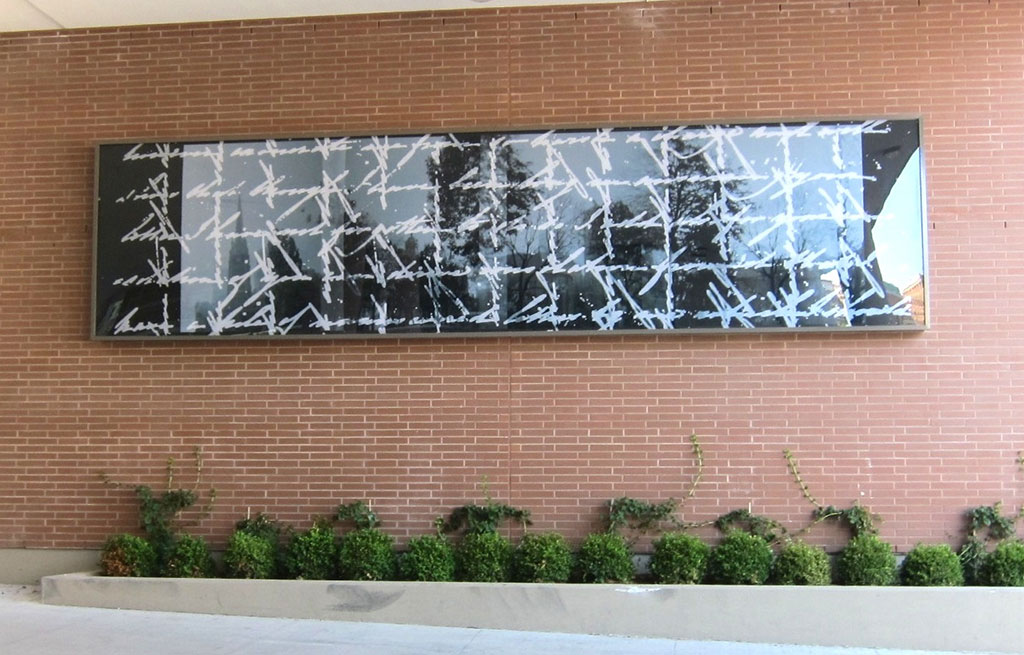 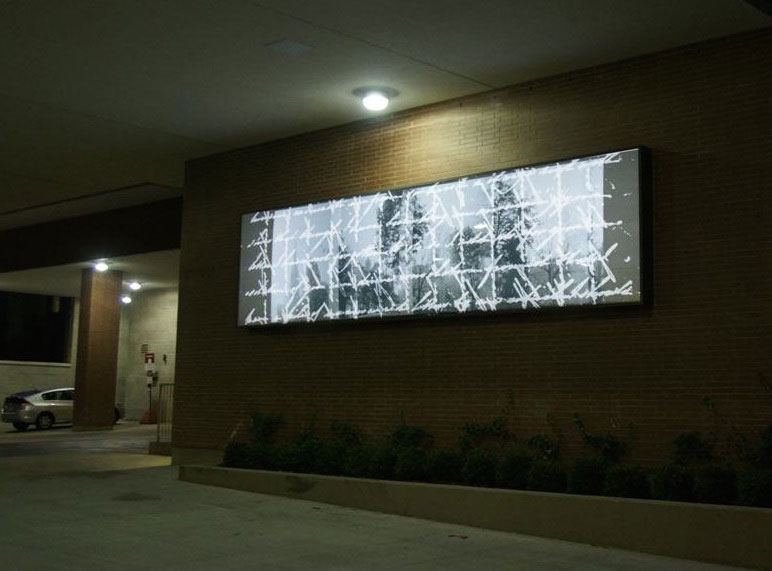 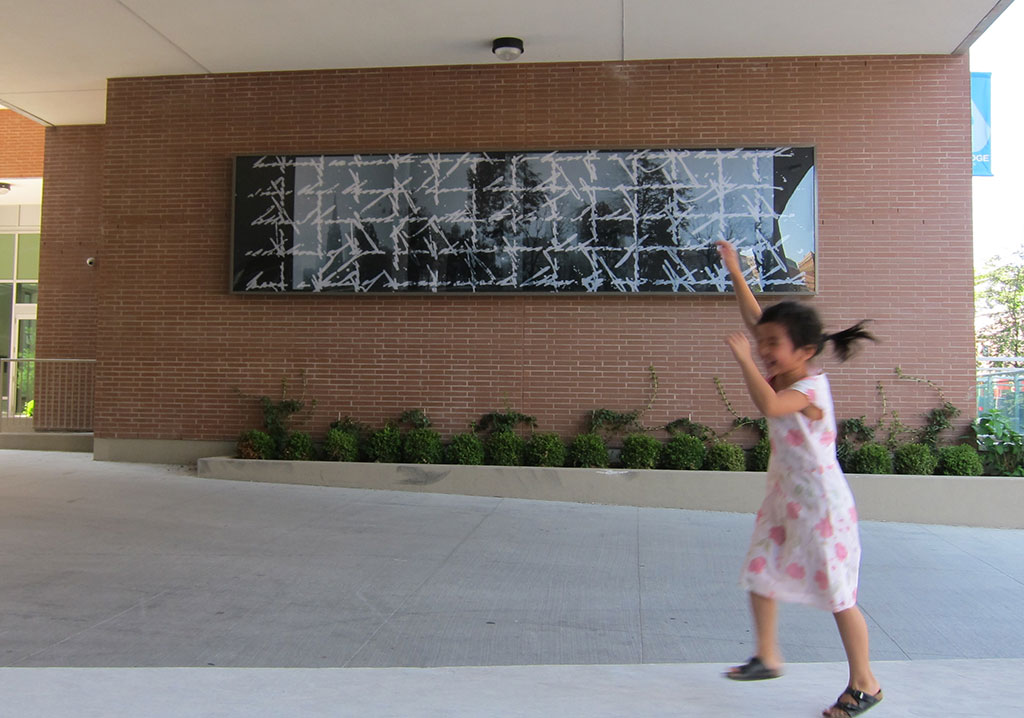 Recent images of the local cityscape appear beneath text from a 19th century palimpsest* letter. Such letters aimed to save scarce paper, yet also suggest overlapping stories and voices -like those of this neighbourhood.

*“something reused or altered but still bearing visible traces of its earlier form.” (Oxford English Dictionary)

Commissioned by Aspen Ridge Homes as part of the City of Toronto Private Developer Percent for Art Program.