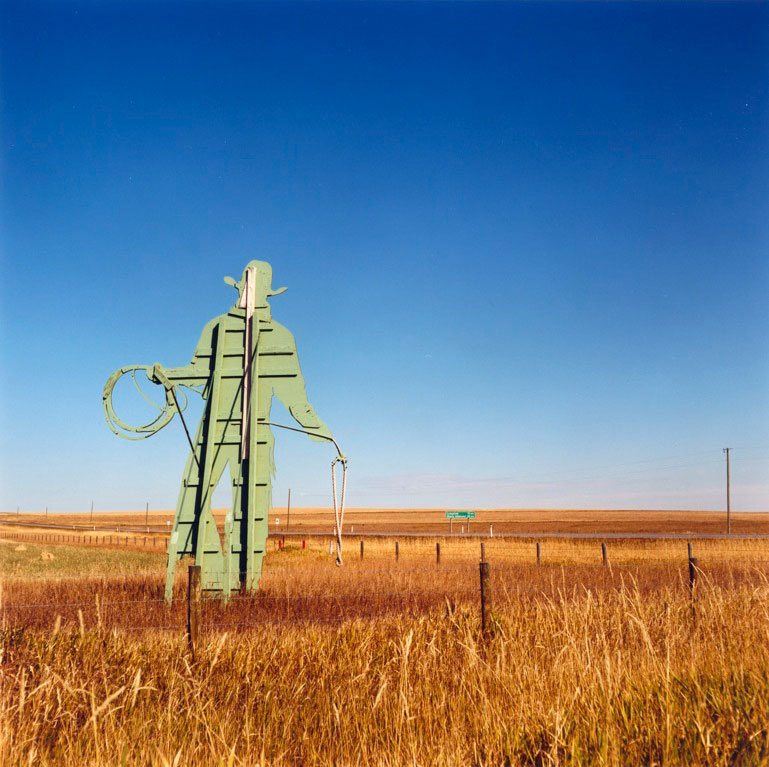 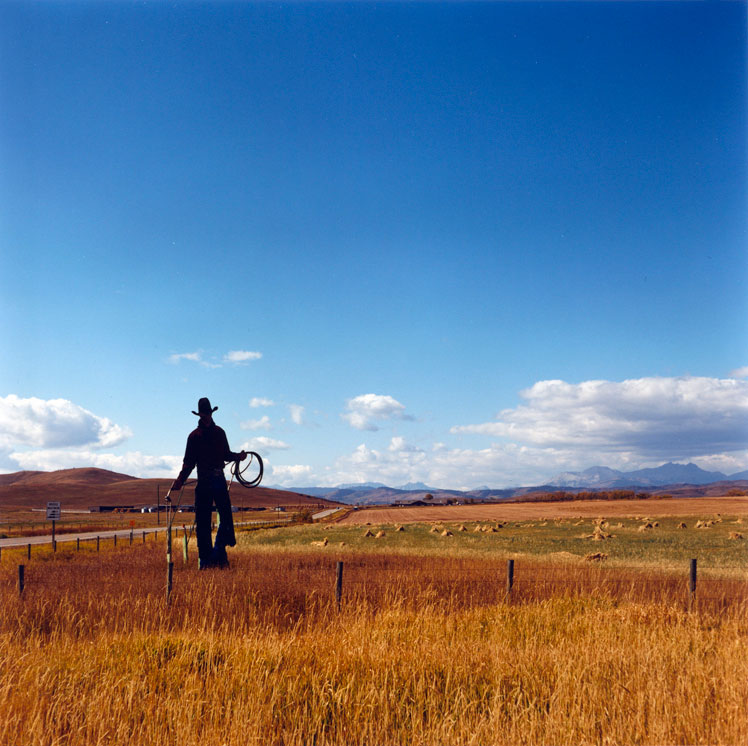 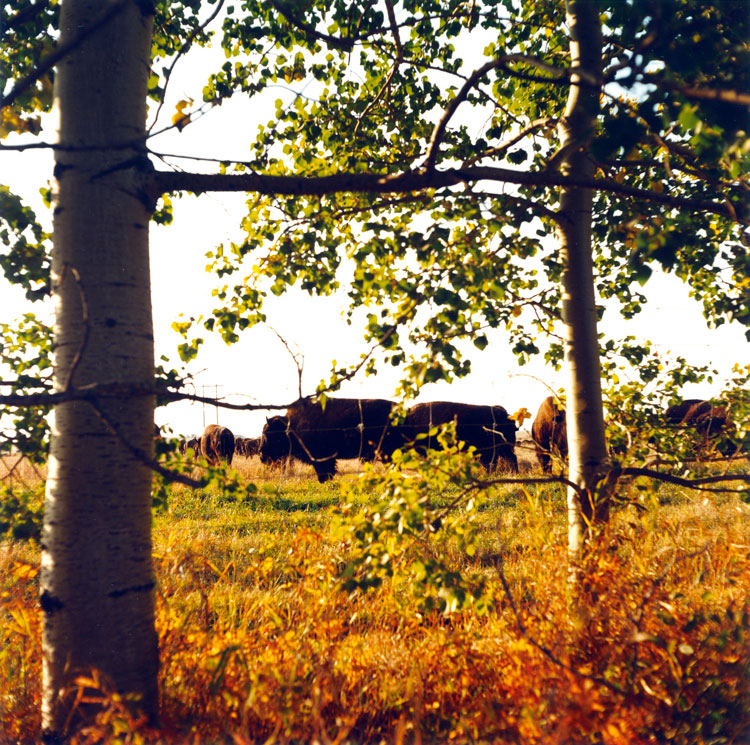 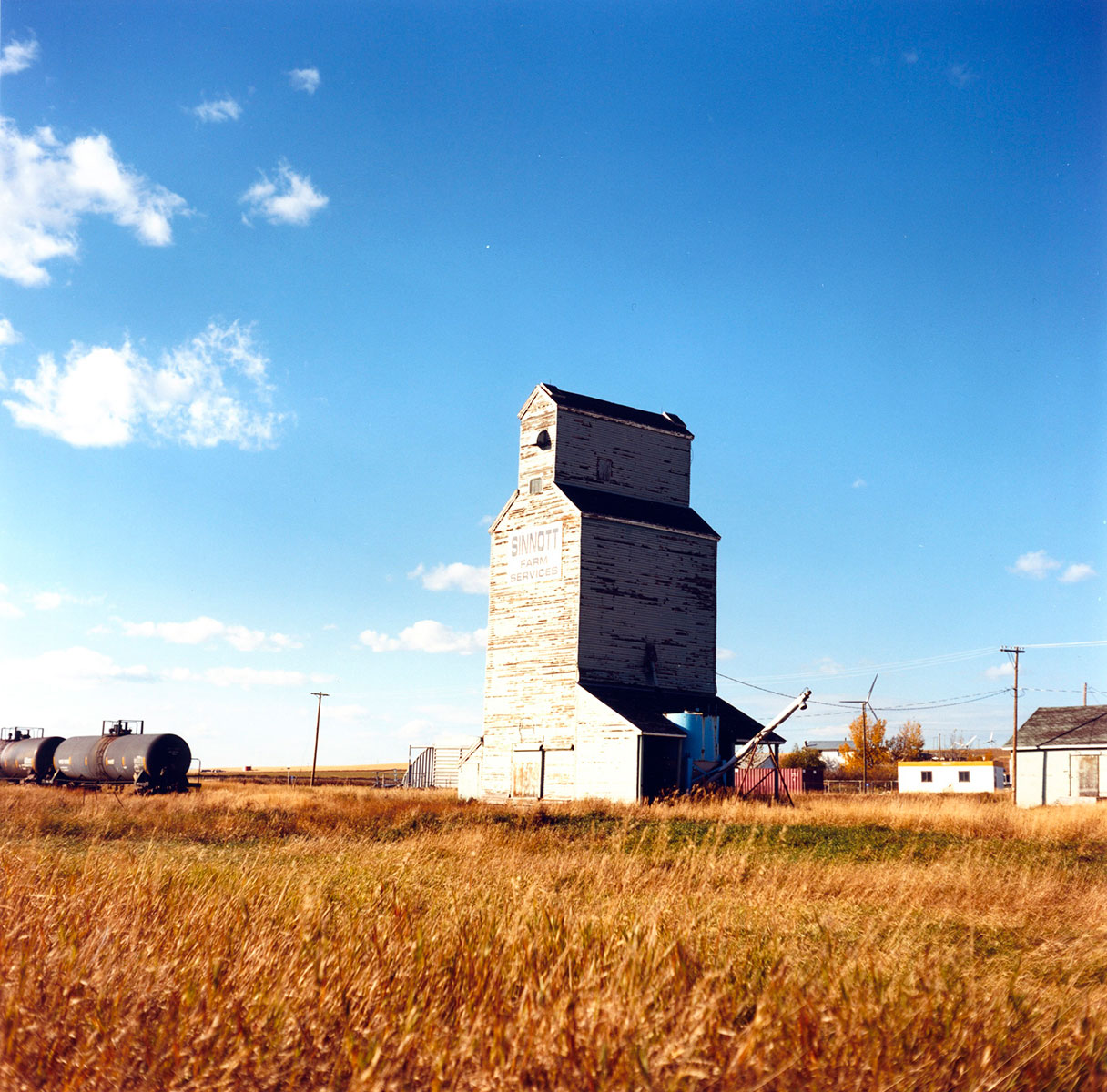 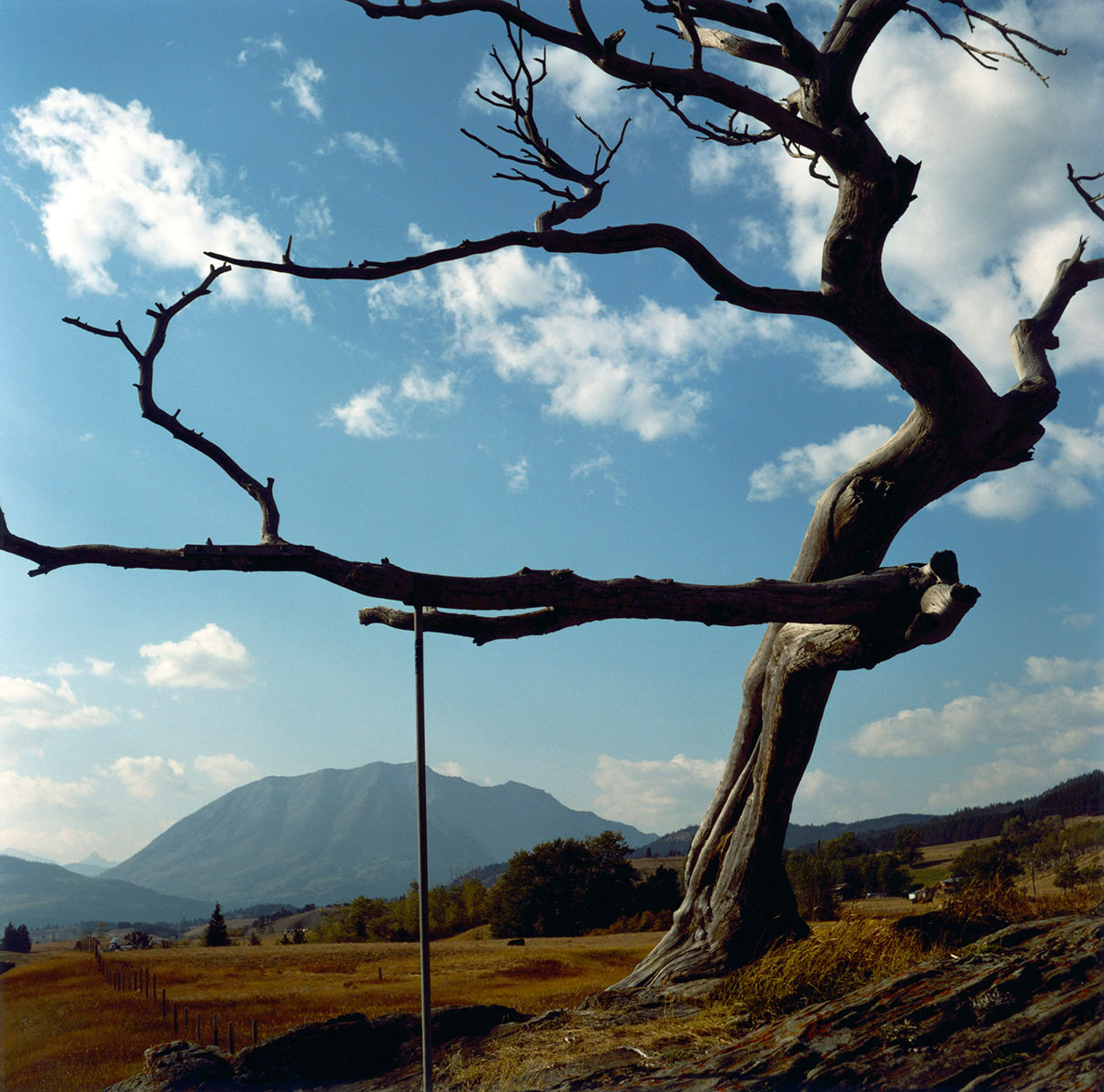 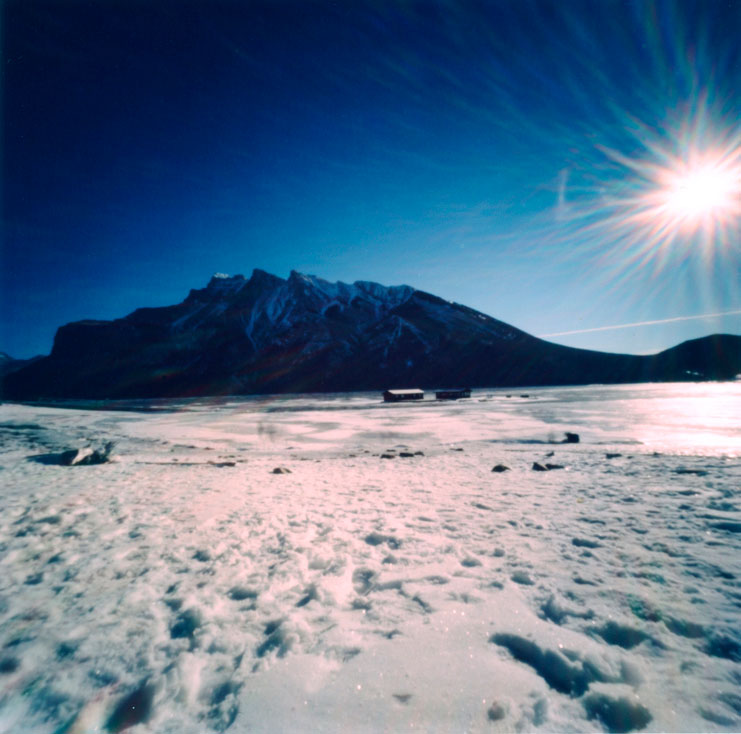 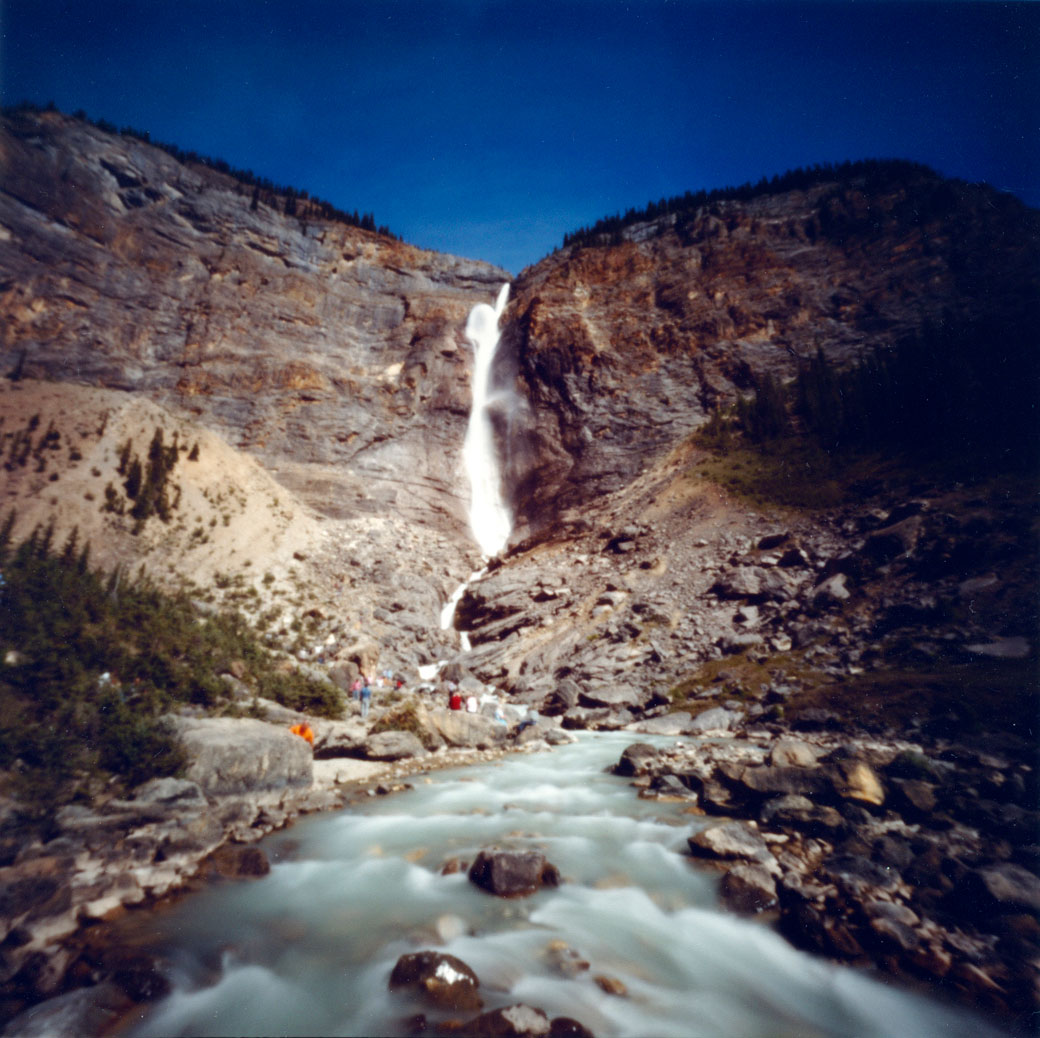 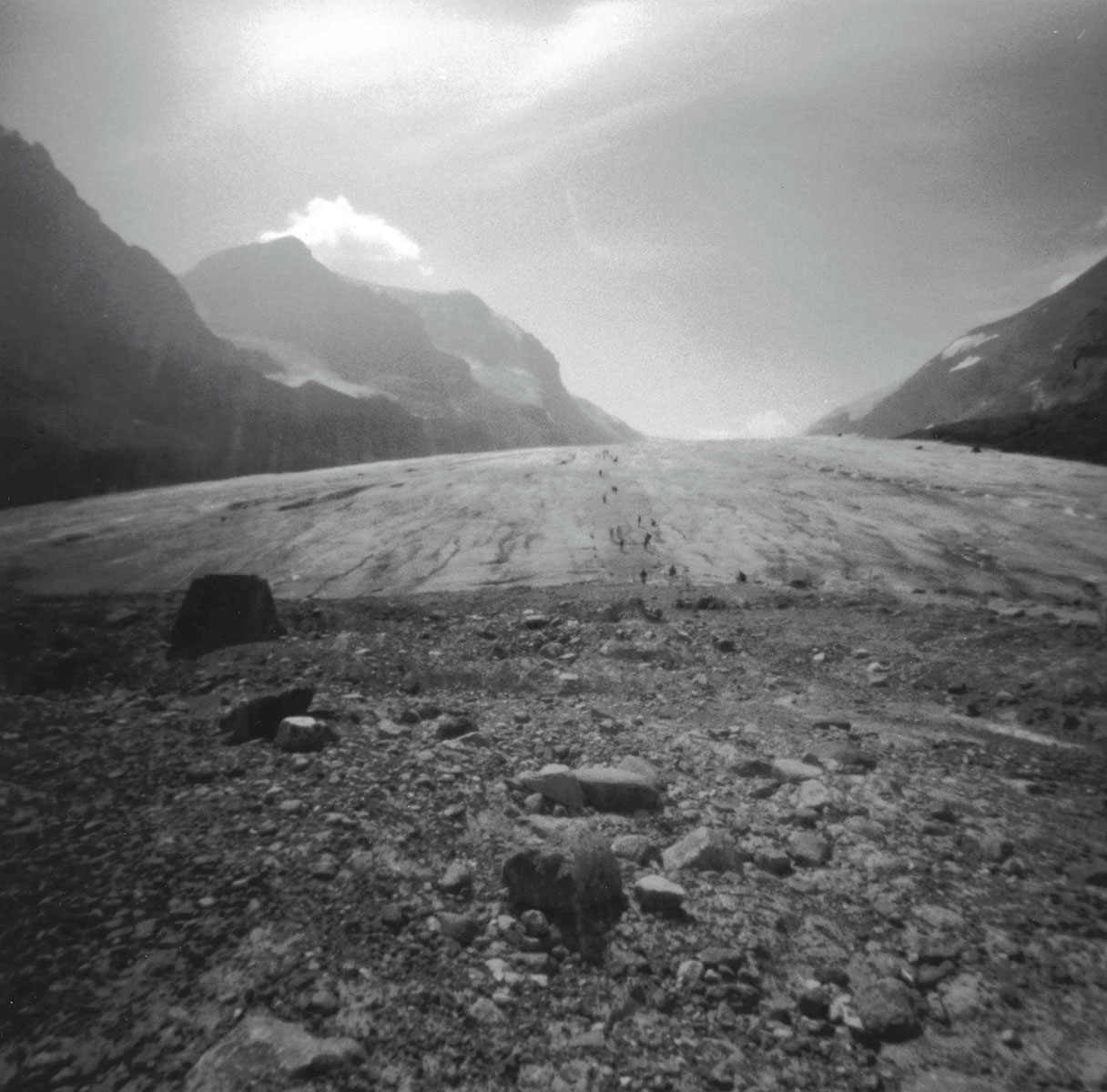 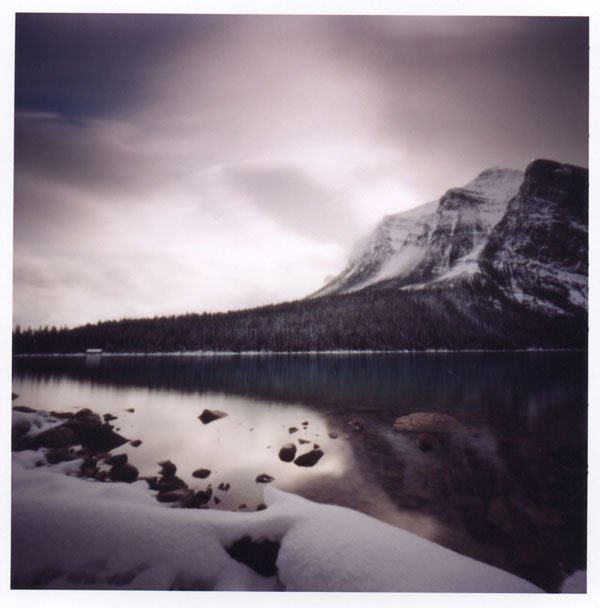 An invitation by the Whyte Museum of the Canadian Rockies to join a photographic expedition into Rogers Pass, B.C. led to my first visit to Alberta, in 2000. This culminated in a body of work called The Wheeler Hut Expedition. This was an inspirational introduction to the Rocky Mountain landscape and to Banff. Shortly after this exhibition at the Whyte Museum I moved to Alberta. Since then I have produced several small bodies of Alberta-focused work including the Stampede Midway series that is now in the permanent collections of the Walter Phillips Gallery at the Banff Centre and the Glenbow Museum.

For the Alberta Project I concentrated on photographing Alberta sites using a variety of the unusual low-tech photographic techniques I have developed and employed in my work over the past 40 years. This included such “antiquated” apparatus as pinhole, Rollei, Holga and Diana film cameras.  The panoramic images were created using a vintage 1920’s Banquet Camera. The 7 x 17 inch negatives were then scanned and worked on digitally. Our experience of these landscapes is often clouded or even replaced by commercial photographs that reinvent the place. My focus is on the mood certain sites trigger in our memories but rarely can be captured on film.

The Whyte Museum of the Canadian Rockies and the Glenbow Museum archives of early photographs of Alberta have been an inspiration for some of this work. Revisiting today some of the sites that were first captured on film over a century earlier continues to provide an opportunity to reflect on long passages of time and the changing nature of place.